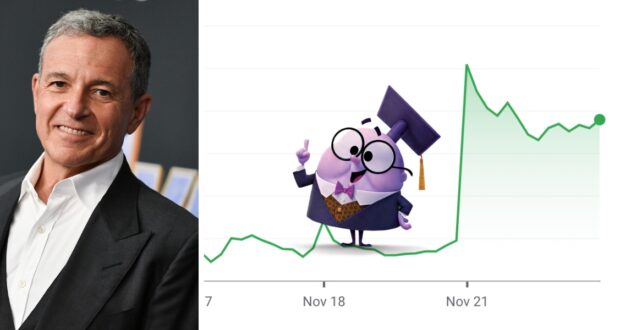 The Walt Disney Company’s stock skyrocketed after the news broke that Bob Iger would reprise his role as CEO effective immediately, removing Bob Chapek from the top.

According to The Wall Street Journal, Disney’s stock jumped up 9% in premarket trading Sunday night and Monday morning to more than $100 a share. While it dipped and plateaued slightly, the stock still closed today at $97.58 a share, solidifying a 6% overall increase.

WSJ shared that “Wells Fargo analyst Steven Cahall wrote in a note to clients: ‘Iger will be viewed as a catalyst to improve the content aspects of Disney, and we expect bigger potential strategic changes around the long-term shape of’ the streaming business.” 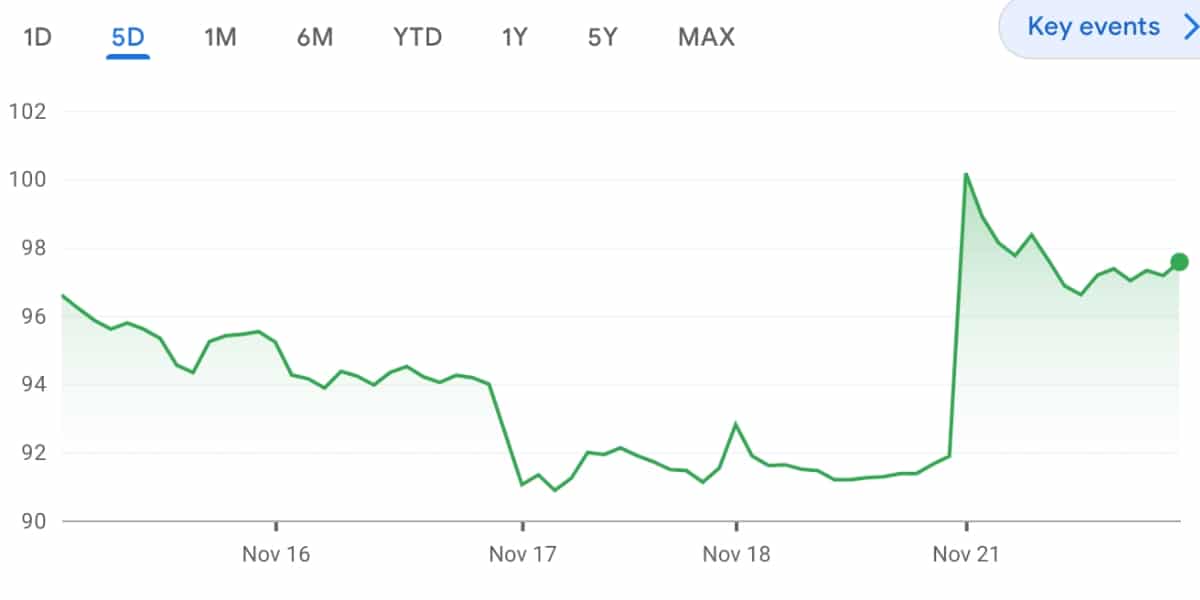 The board of directors reportedly called Iger back to his post on Friday, November 18, after mounting concerns surrounding the latest quarterly earnings got too great to tolerate Chapek’s leadership anymore. Despite the fact that the Mouse House recorded record numbers for Theme Park revenue, its streaming efforts recorded an unprecedented loss which compromised the earnings to land well below expectations and sent the stock price into a free fall to only the latest 52-week low hit this year.

The sudden jump in price appears as a jump in new-found confidence in The Walt Disney Company as the man who led it to all-time highs returns.

Susan Arnold, chairman of Disney’s board, in a statement, said in a statement, “The board has concluded that as Disney embarks on an increasingly complex period of industry transformation, Bob Iger is uniquely situated to lead the company through this pivotal period.”

While several potential inside candidates have reportedly been identified, the board had no other serious candidates to replace Bob Chapek than Bob Iger.

According to Disney, Iger will reprise his role for two years “with a mandate from the Board to set the strategic direction for renewed growth and to work closely with the Board in developing a successor to lead the Company at the completion of his term.”

We at Disney Fanatic will continue to update our readers on the changes that follow Iger’s return as more developments come to light.