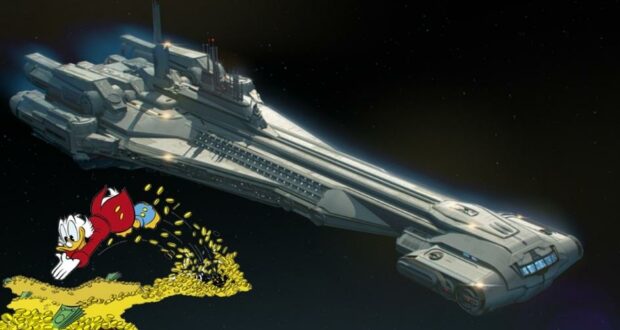 On March 1, 2022, Star Wars: Galactic Starcruiser will open at the Walt Disney World Resort, and the Halcyon will welcome her first passengers for an interplanetary journey through space.

Realistically, Guests are looking to spend between $5-6,000 in three days and two nights. Many have said that price is ridiculous, but let’s dig in to see what’s included before we determine the true relative cost.

What is included in Galactic Starcruiser?

There is actually a LOT included in your Star Wars: Galactic Starcruiser 2-day immersive adventure.

2-night stay in a cabin or suite

Ongoing, immersive and interactive entertainment, where choices determine your experience*

First, let’s go through the obvious:

After that, we have a two-night stay at Walt Disney World’s newest–and arguably most technologically advanced–hotel with Cast Members working ’round-the-clock to provide an out-of-this-world experience that seems to be on-par with the cruise industry, AND included meals both “onboard” the Halcyon, and in Star Wars: Galaxy’s Edge. But let’s dig a little deeper into those. 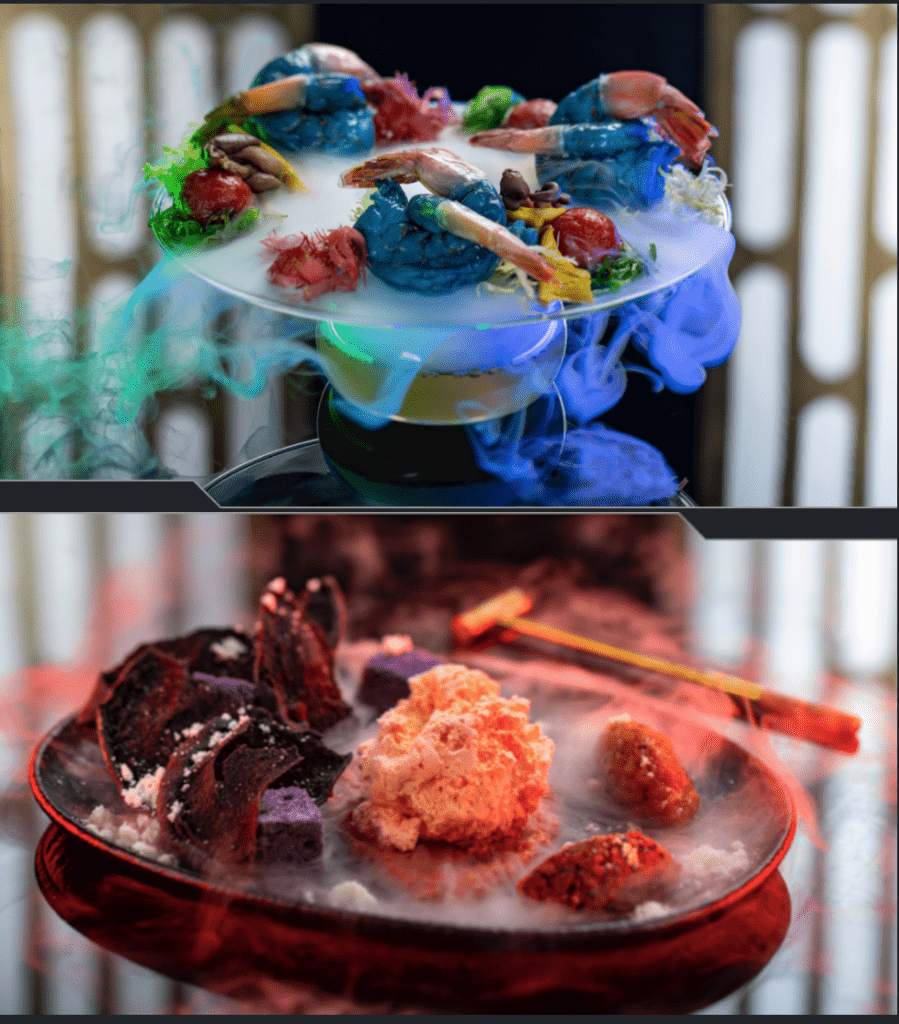 It seems that Disney Imagineers are really shooting for the stars to create “out of this world” dining experiences that are already included in your vacation package.

Disney describes the experiences as the following:

On the first night of your adventure, the Crown of Corellia Dining Room transforms for dinner into an enticing table-service supper club with a special musical appearance by a galactic superstar. You’ll enjoy a special evening with distinctive dining and entertainment as you socialize with passengers and crew.

The second night, The Taste Around the Galaxy showcases courses inspired by the geography and environments of iconic destination planets throughout the galaxy. With the serving of each course, a brief introduction presents the name, inspiration and ingredients for the dishes. The meal includes group appetizers for the table, entrées for the table and a specialty plated dessert.

Now, an average dinner at a Disney World Resort hotel can run Guests around $40 per person. An ultra-deluxe experience like this, though, would probably be listed on Disney World’s website with $$$$, which is more than $60 per person. So, let’s call it $50 per person.

Breakfast and lunch are also available aboard the ship. But, a quick-service meal during your excursion to Black Spire Outpost at Disney’s Hollywood Studios is also included, and this meal credit is good for the following locations: 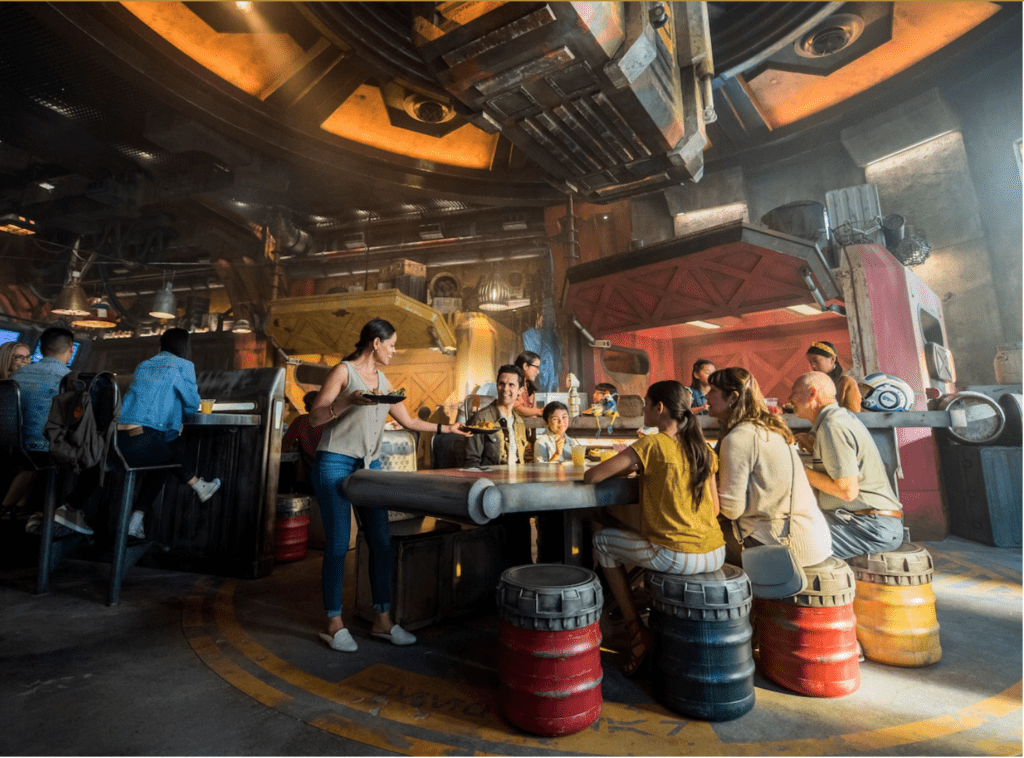 With this in mind, let’s round the base meal tab out at $200 per person per stay.

Now, let’s finish off with the cost of room and board on the Halcyon. Using these ballpark numbers, our estimated hotel charge remains $4,329 for our family of three. That is $2,164.50 per night.

To put this into perspective, this price sits right between the average cost of a Deluxe Resort and Disney’s Deluxe Villas. Guests can stay at monorail hotels like the contemporary this March for less than half the cost. But here’s the thing: Galactic Starcruiser is not just another Disney World Resort hotel. It is truly a two-night/three-day cruise that pretends to go to a Galaxy Far Far Away instead of embarking on the high seas. 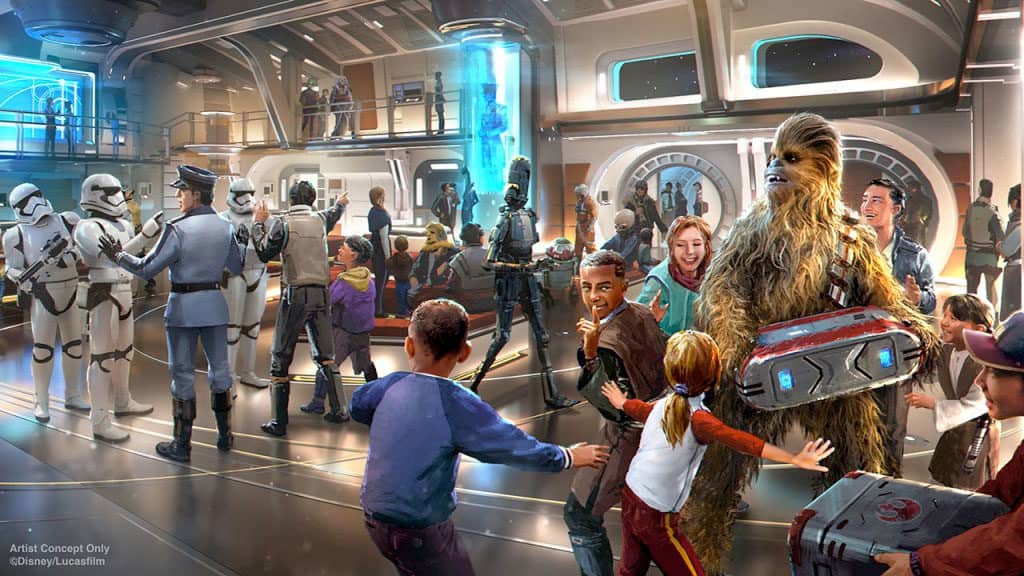 Because of this, Disney requires a little more Cast Member Magic than it does for Disney’s Grand Floridian Resort and Spa or Disney’s BoardWalk, and it adds the cost of that extra demand into its price when it says:

Ongoing, immersive and interactive entertainment, where choices determine your experience.

And on top of that 24/7 Cast Member immersion, Guests will also experience cutting-edge technological innovation that no doubt comes with a staggering operational cost.

I haven’t even gone into any of the other amenities and experiences Guests will get to take advantage of, like the Sublight Lounge or the Lightsaber Training, because, frankly, I don’t need to. The basic package alone demonstrates that Star Wars: Galactic Starcruiser is appropriately priced. 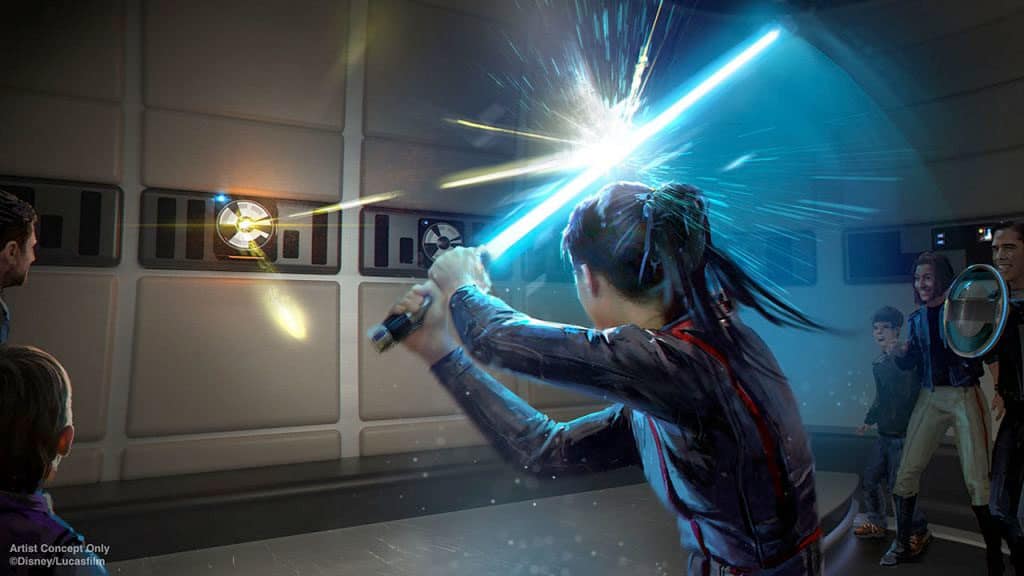 Related: Are These Walt Disney World Hotel Deals Too Good to Be True?

The only problem is my own which is that I am nowhere near a big enough Star Wars fan to shell out that kind of cash. Personally, I’d take that money and book myself a Villa at Disney’s Animal Kingdom Lodge, or one of the Bora Bora Bungalows at Disney’s Polynesian Resort, or a Park view suite at Bay Lake Tower. But, hey, to each their own, and for those who yearn to step further into the Star Wars Universe, then may the Force be with you!