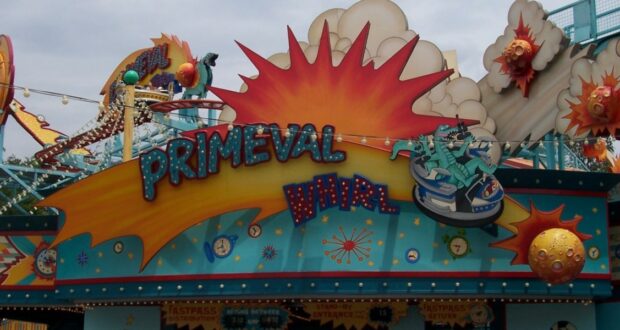 With the demolition of Primeval Whirl at Disney’s Animal Kingdom now complete, Disney has removed the attraction from the map of the park on disneyworld.com, however the attraction is still listed on the map in the My Disney Experience app. While no wait times or other information show for Primeval Whirl on the app, it is still illustrated and labeled while viewing the map of the park. 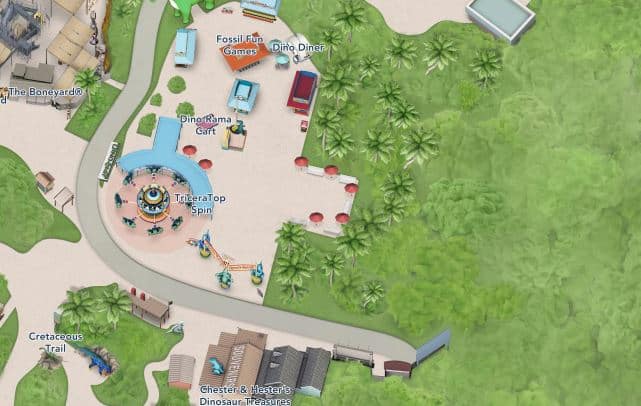 Currently the area where the ride was located in DinoLand USA is a fenced off, empty space, with no noticeable signs that anything would be taking its place in the near future. When Animal Kingdom first opened, the area of DinoLand currently occupied by Chester & Hester’s DinoRama was originally used for a walkthrough attraction called the Dinosaur Jubilee, so it is possible that the Primeval Whirl space goes back to this kind of purpose, at least until a more permanent attraction is announced. 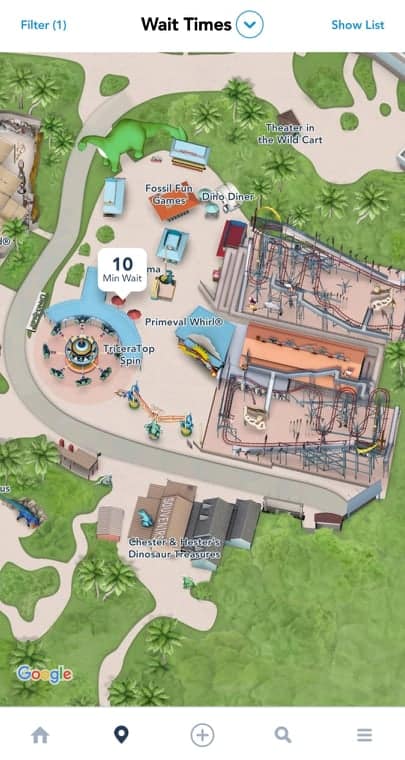 When it opened in 2002, the Primeval Whirl ride was the first roller coaster in Disney’s Animal Kingdom theme park. (Expedition Everest: Legend of the Forbidden Mountain did not open until 2006.) Some critics and Guests praised the attraction for its use of double tracks and fun take on the dinosaur theming, but others found the right tacky and not a great fit for a Disney park (typically making the same argument for the rest of Chester & Hester’s DinoRama.) Primeval Whirl also stood out from other roller coasters in Disney Parks for its spinning ride vehicle.

Following the closure of the Walt Disney World Resort at the onset of the COVID-19 pandemic in March 2020, Primeval Whirl never reopened with the rest of the park. In July of last year, Disney confirmed that the attraction, which had at that point moved to seasonal operation for some time, would be closing permanently. 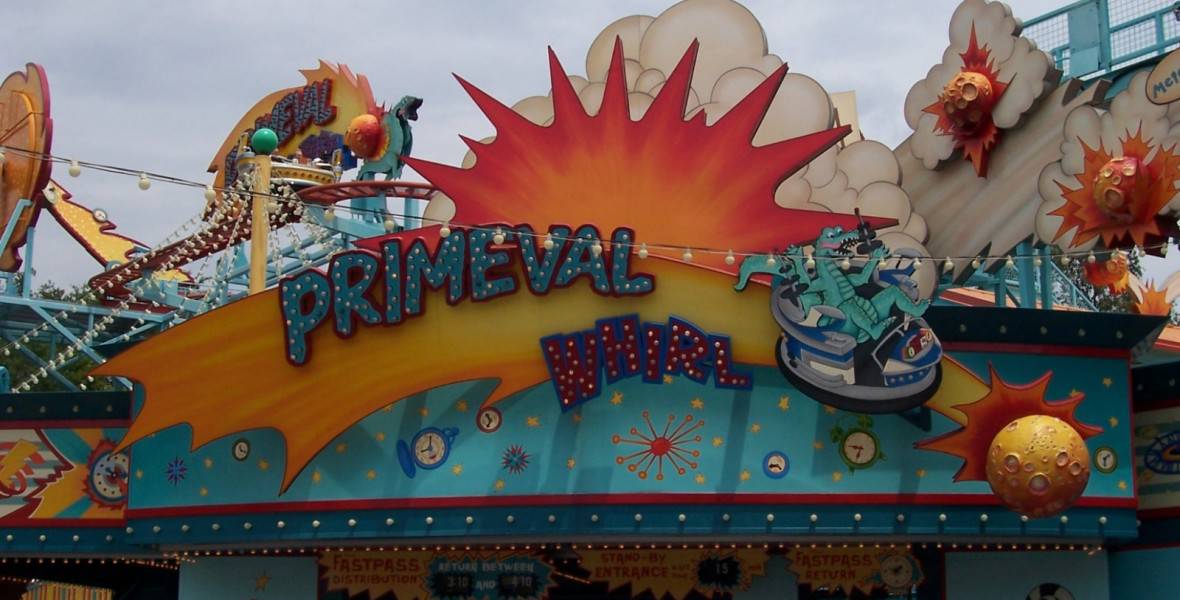 With the attraction entirely gone, we expect it to be removed entirely from the My Disney Experience app soon. As we learn more about what might be taking up this space in DinoLand, we will keep you updated here on Disney Fanatic.