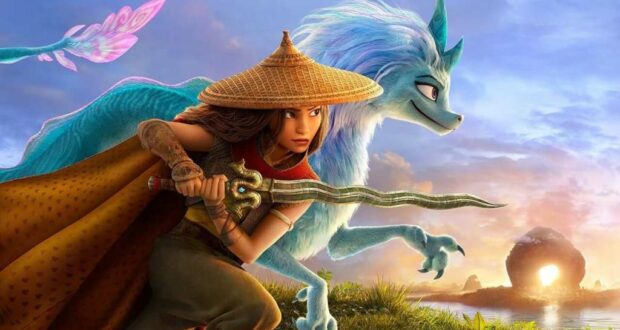 Walt Disney Animation’s Raya and the Last Dragon will add another $2.5 million to its box office total over the four day Memorial Day weekend. Putting the film’s total domestic box office at $54.5 million, ahead of both Warner Bros films Tom and Jerry and Wonder Woman 1984.

Even three months after the film premiered, Raya and the Last Dragaon continues to bring in high numbers and remains in the top five this Memorial Day weekend.

Raya and the Last Dragon was released both in theatres as well as on Disney+ Premier Access for an additional charge of $29.99.

Raya and the Last Dragon was loved by critics, holding an impressive 95% on Rotten Tomatoes, and beloved by fans, as indicated by the 97% audience score on Rotten Tomatoes and the audience polling firm Cinemascore revealing opening day audiences gave the film an ‘A’ score, out of the classic A-F grading scale. With these numbers, it is not a surprise that it continues to be ranking high.

Have you seen this popular film yet?
Source: thedisinsider