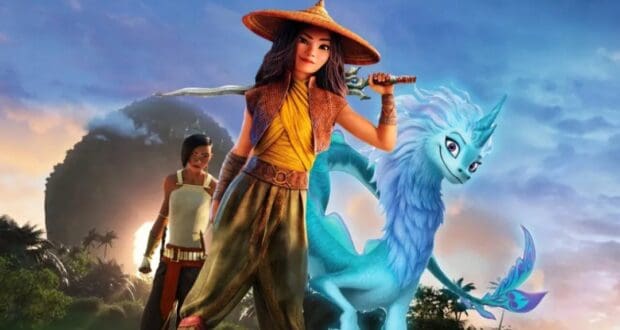 ‘Raya and the Last Dragon’ had a slow start as it hit theaters and Disney+ Premier Access; however, it saw a huge increase once it left premier acess behind.

According to reports, the film logged over a billion minutes watched on the streamer during the week of May 31 to June 6. Becoming the second most-watched streaming title behind the hit Netflix series Lucifer. The week before Raya left Premier Access for an additional charge of $30 The week prior when it was still only available for $30 it was watched for 115 million minutes, an astronomical boost within the two weeks.

it seems that families weren’t ready to head back to the theater yet and didn’t want to pay extra for the film they could get later for free.

Have you traveled with Raya and friends on their epic adventures?