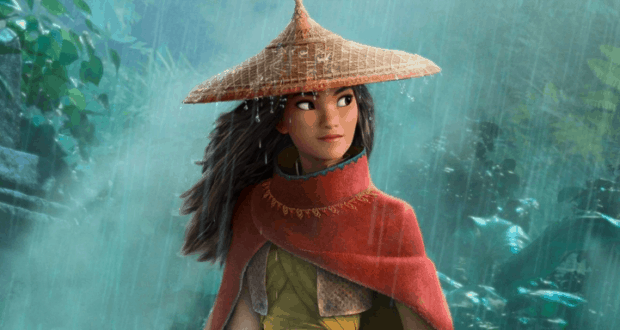 This Friday, Disney is releasing “Raya and the Last Dragon” in cinemas and on Disney+ Premier Access. It will be Disney’s first major film release at cinemas since last years Pixar’s “Onward”, except for several 20th Century Studios/Searchlight Picture releases.

In the past year, cinema chains have been struggling with local restrictions forcing closures, a public being unwilling to risk their health to see a film, and the studios either delaying movies or moving films to their streaming services/video-on-demand.

“Raya and the Last Dragon” will be the first Disney film to have a duel release strategy, with both a theatrical release and one at home via Disney+ Premier Access.  Last Year, Disney trialled its new Premier Access program will “Mulan”, but it was only released in theatres in countries without Disney+.

Disney isn’t the only film studio to be experimenting with its release strategy, as Warner Brothers are releasing films simultaneously on HBO Max and at cinemas, while Universal releases films on digital platforms at a premium price, 17 days after they’ve been released.

Last year, many cinema chains were extremely angry when movies like “Mulan” were moved to Disney+ Premier Access. Most of the 2020 film slate was moved, since they had barely anything to show customers, who were willing to go to cinemas in a pandemic.

While “Raya and the Last Dragon” will be opening in over 2000 cinemas across the US on Friday, the third biggest chain in the US, Cinemark, isn’t currently going to be showing the film.  They’ve not agreed on a new deal with Disney, and according to Deadline, Disney is remaining tough on its terms for the film, basically saying, if they “didn’t like the terms, well, then they don’t have to play the movie.”

In a statement to Deadline, Cinemark said:

“In the current operating environment, we are making near-term booking decisions on a discrete, film-by-film basis, focusing on the long-term benefit of exhibitors, studios and moviegoers. While we are having conversations with The Walt Disney Company, we have not yet reached agreeable licensing terms for Raya and the Last Dragon. As we continue to work with our studio partners, we remain optimistic that we will reach mutually beneficial terms that will provide moviegoers the opportunity to see the exciting film lineup in our theatres.”

Only this week, Disney’s CEO Bob Chapek stated that consumers are more impatient for releases, and many want to watch them at home.  He also isn’t sure the theatrical business will return in the same way.  Unfortunately, cinema chains and studios will have issues as they come to terms with a new way of releasing films.

Do you agree with Cinemark or Disney?