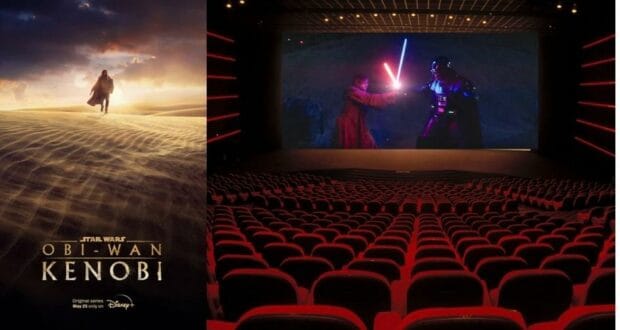 It appears that the next Star Wars film fans will get to see in theaters will be a rerun.

According to the Canadian movie theater company, Cineplex, the Disney+ Original series Obi-Wan Kenobi will be shown in its entirety on June 22. Showing in select theaters, the “film” is expected to be five hours and twenty minutes long, with a Q&A session to follow. June 22 is the same day the limited series’ sixth and final episode is set to drop on Disney’s Streaming Platform. 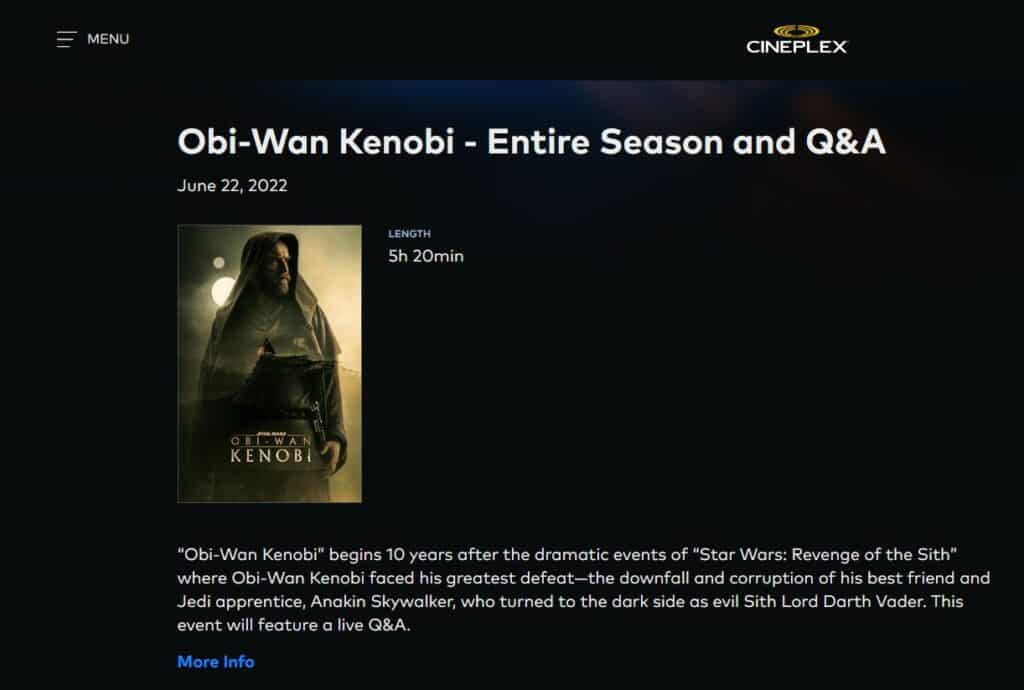 It should be noted that there has been no official word from Lucasfilm or Disney about this special viewing experience, let alone if there will be a similar experience made available in America, and it is unclear who will be appearing to take part in the Q&A.

This will be the first time Disney has ever combined a straight-to-streaming series into a movie for a theatrical release and will most likely be one of the longest-running movies The Walt Disney Company has ever released. Starring Ewan McGregor as the title character, along with Hayden Christensen and James Earl Jones as Anakin Skywalker/Darth Vader, Vivian Lyra Blair as Leia Organa, and Moses Ingram as Reva Sevander/Third Sister, Obi-Wan Kenobi sheds light on the stave of the Skywalker Saga between Episode III: Revenge of the Sith and Episode IV: A New Hope. We return to find the aging Jedi Master hiding on Tattooine then years after he left his former Padawan to die on Mustafar. The reception of this Star Wars series has been divided, with its own collection of controversies. The first four episodes have been released, with the fifth set to be released on Wednesday, June 15.

We at Disney Fanatic will monitor this story and will update our readers on this and other Disney+ news as more developments come to light.