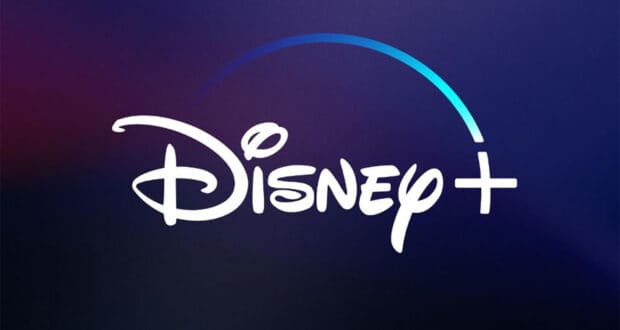 It’s the weekend and time to take a look at what’s been added to Disney+ in the United States, which includes the new Disney+ Original series, “The Mighty Ducks: Game Changers” plus another new episode of “The Falcon And The Winter Soldier” and “Secrets Of Sulphur Springs”. Plus there are more new additions to the Disney+ library.

from scrappy underdogs to an ultra-competitive, powerhouse youth hockey team. After 12-year-old Evan Morrow (Brady Noon) is unceremoniously cut from the Ducks, he and his mom, Alex (Lauren Graham), set out to build their own team of misfits to challenge the cutthroat, win-at-all-costs culture of youth sports today. With the help of Gordon Bombay, they rediscover the joys of playing just for love of the game.

The Falcon and The Winter Soldier – Episode 2

Marvel Studios’ “The Falcon and The Winter Soldier” stars Anthony Mackie as Sam Wilson aka The Falcon, and Sebastian Stan as Bucky Barnes aka The Winter Soldier. The pair, who came together in the final moments of “Avengers: Endgame,” team up on a global adventure that tests their abilities—and their patience. Directed by Kari Skogland with Malcolm Spellman serving as head writer, the series also stars Daniel Brühl as Zemo, Emily VanCamp as Sharon Carter, and Wyatt Russell as John Walker.

111 – Foundations: Recipe for a Movie
How exactly are animated films made using computer graphics? Pixar’s creative minds introduce and break down how a movie is made through understandable explanations using metaphors and examples.

112 – Foundations: Creating Characters
From cars to fish to toys to superheroes, Pixar characters have unique personalities, designs, and traits. Join Pixar’s character artists and designers as they break down the process of developing a new character from the initial artwork and design, all the way to getting it ready for animation.

113 – Foundations: Through the Lens
Camerawork is just as crucial in animation as it is in live action. Pixar’s layout artists explain the craft behind camera and staging, showcasing how camera positioning enhances emotion within a story.

114 – Foundations: Animation and Acting
Animation brings characters to life by making them move, feel, think, and talk. Pixar animators take us through the artistry of how they breathe life into characters authentically and explain the importance of acting (and eyebrows) in their craft.

115 – Foundations: Color, Light, and Emotion
Light and color are essential in conveying the time of day, creating unique worlds, and even evoking emotion. Pixar lighting directors and artists reveal how they illuminate a scene and most importantly, how they utilize light and color for everything from terrifying twists to signature Pixar tearjerkers.

Disney Secrets of Sulpher Springs: As Time Goes By

Once Griffin and Harper learn they can’t reopen the hatch to let Savannah in, they quickly go back through the portal.

This buddy comedy, which features a mixture of animation and live-action, follows the offbeat adventures of small-town teenagers Pickle and Peanut. Entering their final year of high school, the friends are determined to have as much fun as possible before graduation and the resulting responsibilities of adulthood. Pickle and Peanut try to be anything but ordinary in their Nevada suburb. Peanut always stands up for what he thinks is right — even if it isn’t always right — and will do anything for his best friend. Pickle, meanwhile, wears his heart on his sleeve and, when his buddy comes up with a crazy plan, he usually makes it worse.

A version of Shakespeare’s play, set in the world of warring indoor and outdoor gnomes. Garden gnomes Gnomeo and Juliet have as many obstacles to overcome as their quasi namesakes when they are caught up in a feud between neighbors. But with plastic pink flamingos and lawnmower races in the mix, can this young couple find lasting happiness?

Are you going to be watching Mighty Ducks? Will you catch Gnoemo and Juliet?