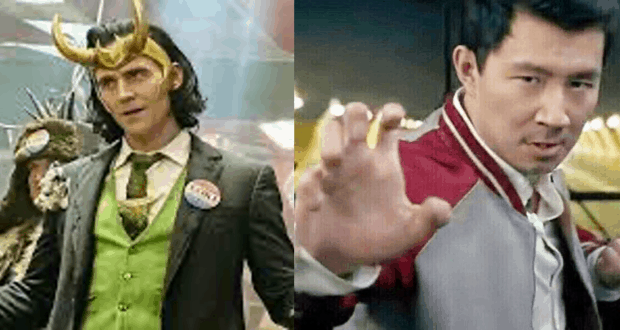 Less than 10 years ago Simu Liu was receiving around $100 per shoot for stock photo modeling. Now, in less than six week, he will become a star as his film Shang-Chi and the Legend of the Ten Rings hits theaters.

This is a big change and adjustment for the 32 year-old, but recently he revealed that he received advice from fellow MCU start Tom Hiddleston.

“I had a wonderful conversation with Tom Hiddleston the day I was announced at Comic-Con. And he was so great. He was just such a gentle human. The kind of person to just kind of get your head straight. He was like, ‘You’ve got to enjoy it. You’ve just got to accept the good with all the other stuff. Just accept the fact that if you go on vacation somewhere to some random island that people are going to know where you’re from. Because that is how far-reaching and pervasive that Marvel movies are’. There’s something really beautiful about that, but there’s a different lifestyle that you have to grow very accustomed to. But, I’m really excited everyone has been so phenomenal. Very welcoming so far. It feels like I’m joining a beautiful family.”

We will see how Liu adjusts once the film is released. Reviews for the film are positive and clips have fans excited once again for another MCU masterpiece.