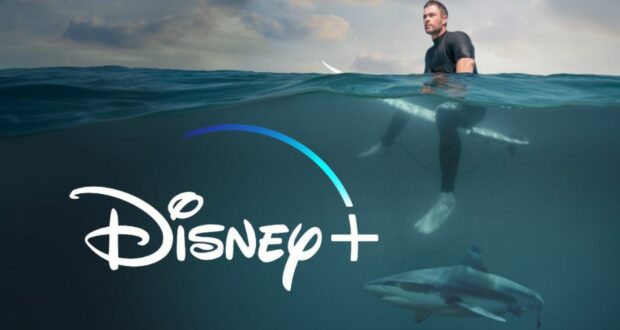 If the shark scene in Finding Nemo was always your favorite part of the ocean-based Pixar film, then you’ll want to head to the streaming service Disney+ a lot this July and August — because a whole lot of shark is coming for you to watch! National Geographic and Disney are teaming up once again for something that premieres July 10, with an entire month of exciting and educational shark content flipping its fins.

. @NatGeoTV's biggest #SharkFest ever begins streaming July 10 on #DisneyPlus! Are you ready to dive in? 🦈 pic.twitter.com/g99nUagxsF

This is the tenth year of National Geographic’s Sharkfest, but National Geographic promises that it is the “most immersive and massive programming experience to date”. The four-week-long event focuses on incredible footage of the famous aquatic predators, and this time Sharkfest can be seen on not one but four different streaming platforms (including the Disney platforms Disney+ and Hulu).

This year’s Sharkfest will have about 30 hours of new shark programs with shark experts or marine biologists and twice that when it comes to unbelievably-close-up shark footage. According to nationalgreographic.com, Sharkfest “not only shines a light on the science of sharks, giving audiences a better understanding of the ocean’s most misunderstood predator but also features their true beauty, power and mystery”.

Get ready to dive into #SharkFest 🦈 This fin-omenal four-week event is swimming onto your screens Sunday July 10 on #NationalGeographic and streaming on @disneyplus. pic.twitter.com/E79hTVA3yo

This year’s event is actually two weeks shorter than the 2021 event. If you’re motivated by Sharkfest and troubled by the danger and suffering that humans are causing these creatures, you can also help support the sharks that are in peril all over the world alongside the National Geographic Society here!

Many people will already be familiar with the “Shark Week” event from the Discovery Channel, and Sharkfest provides a similar steady stream of new shark content — but over the course of a month instead of just one week! Sharkfest premieres July 10 on Disney+, but you can get your fix of shark footage and learn plenty from shark experts like Valerie Taylor in the documentary Shark Beach hosted by Thor: Love and Thunder actor Chris Hemsworth (the heartthrob and surfing enthusiast who happens to be from Australia, one of the world’s shark capitals). Shark Beach is on Disney+ now!