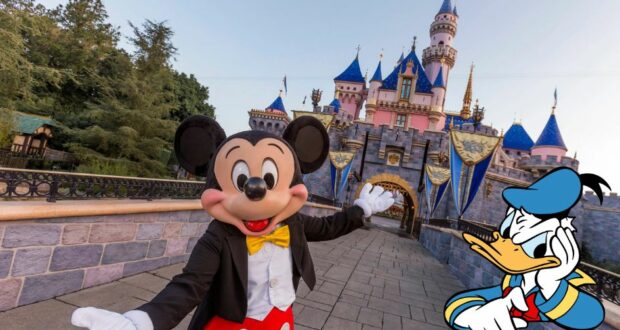 It’s no secret that Cast Members make the magic at Walt Disney World Resort and Disneyland Resort. Even with iconic experiences and attractions, it’s truly the Cast Members that keep the pixie dust afloat. So, with a new Cast Member Attendance Policy floating into Disneyland, social media isn’t keeping quiet.

Disneyland Resort and Cast Member Unions have announced that a new attendance policy will be going into effect on October 2, 2022. Cast Members believe the new policy is much more restrictive than the current policy as Disneyland utilizes an “hours missed” metric.

If a Disney Park Cast Member is out due to various reasons such as COVID-19, child care, etc., they will be penalized more under this new “hours missed” metric than the current “points” system.

A recent “Attendance Announcement” hit social media on July 15, 2022, via Workers United Local 50 Facebook stating the following in the image below, noting “Disney is not interested in making any more movement”:

On July 20, 2022, comments began to funnel into social media as the policy was sent to Cast Members. @DisneyDragon shared the Attendance Policy documents and commented, “RIP Disneyland cast, hope you don’t get sick more than 3 days a year:”

@DisneyDragon also posted a tweet stating, “bunch of people replying “if you don’t like the terms of the job, find another job” to the Disneyland attendance post …that’s exactly the problem, y’all. they can’t hire anyone anymore because things have gotten so bad:”

RELATED: ‘Walkout’ Follow-Up: Cast Members Protest, But Not Where It Matters Most

@DavidfromOregon tweeted, “Nice to see Disneyland is still ducking over departments without Unions by implementing this new attendance policy. They really want to squeeze every ounce of life from the workforce, how disgusting:”

@21royalstreet adds, “They can barely keep new Cast Members from quitting before their probationary period is up, and now Disneyland is switching to a harsh 3-strike attendance policy in the middle of an on-going pandemic. How do the people making these decisions have jobs at all??? Idiots.”

The new Cast Member attendance policy is only to be applied to Disneyland Cast Members beginning in early October 2022, with no word of any new policy coming to Walt Disney World’s Cast Members.