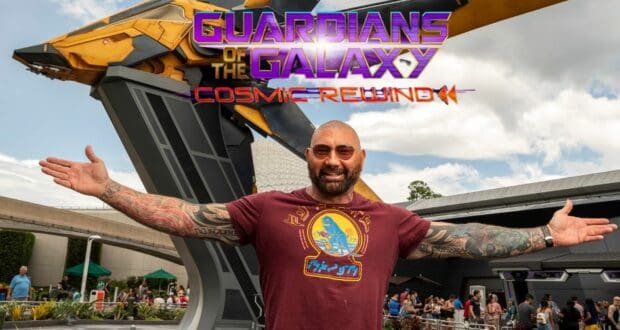 The Disney Parks and Disney Resorts have had their fair share of celebrity visits recently (including visits from Chrissy Teigen, John Stamos, and the Kardashians). Now, a lesser-known Marvel celebrity has made an appearance!

The pro-wrestler-turned-actor Dave Bautista was not a big name outside of the wrestling community until he shifted into acting and played parts in Marvel Cinematic Universe movies like Guardians of the Galaxy in 2014. The two Guardians of the Galaxy movies were big hits in the eyes of Marvel fans, with Dave Bautista’s character Drax being a surprising source of comic relief, and Drax has appeared in several other Marvel movies, such as the new Thor movie, since then. 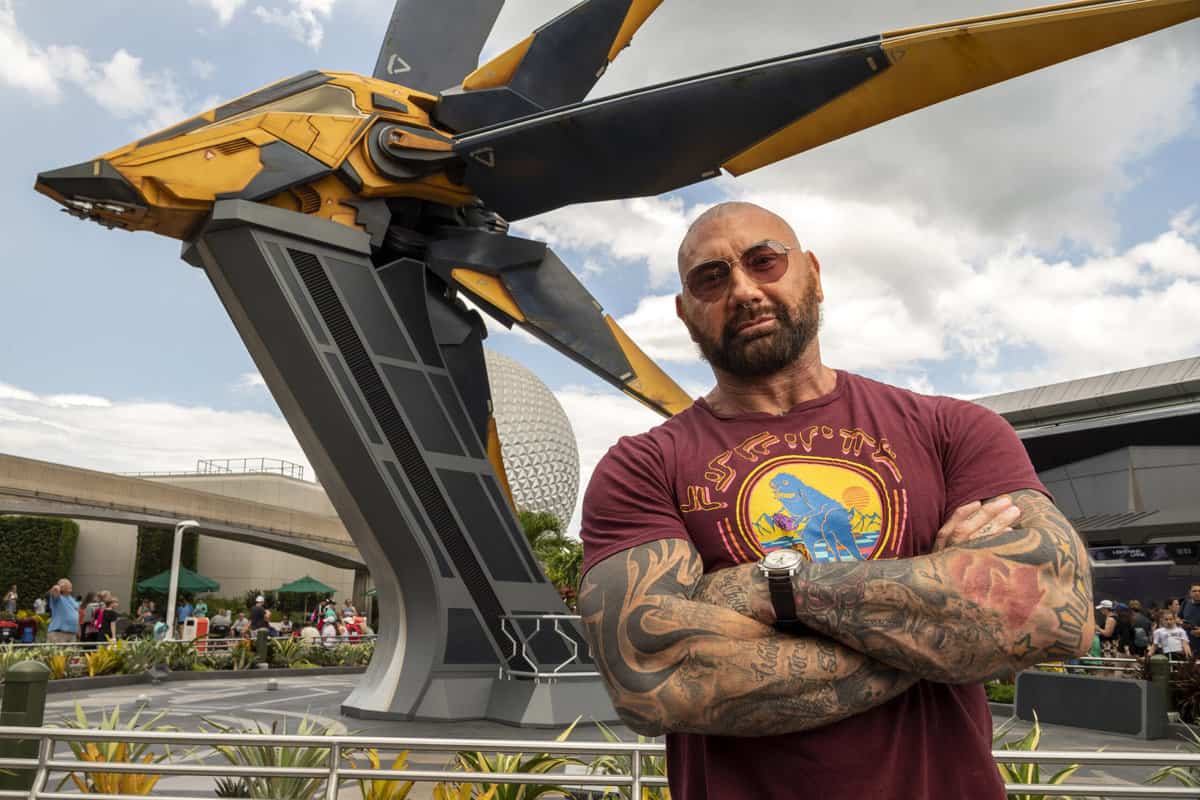 Dave Bautista posed for photos with Walt Disney World staff and allowed his visit to be filmed for a promotional video as the sizeable Riddick actor (and big roller coaster fan) set out on an intergalactic adventure.

Dave Bautista as Drax the Destroyer, Zoe Saldana as Gamora, Chris Pratt as Peter Quill / Star-Lord, Vin Diesel as Groot, Pom Klementieff as Mantis, Karen Gillan as Nebula, Bradley Cooper as Rocket, and Michael Rooker as Yondu Udonta in the Guardians of the Galaxy movies set within the Marvel Cinematic Universe. Credit: Marvel

Bautista said that his “heart was pounding” with excitement about the ride, and joked about the surreal fact that he could hear his own lines being spoken on the ride (the Guardians of the Galaxy had reunited in October to record the voiceover and shoot scenes for the ride before filming Thor: Love and Thunder in New Zealand together).

The ride was “perfect,” according to the actor, and “so much fun.” 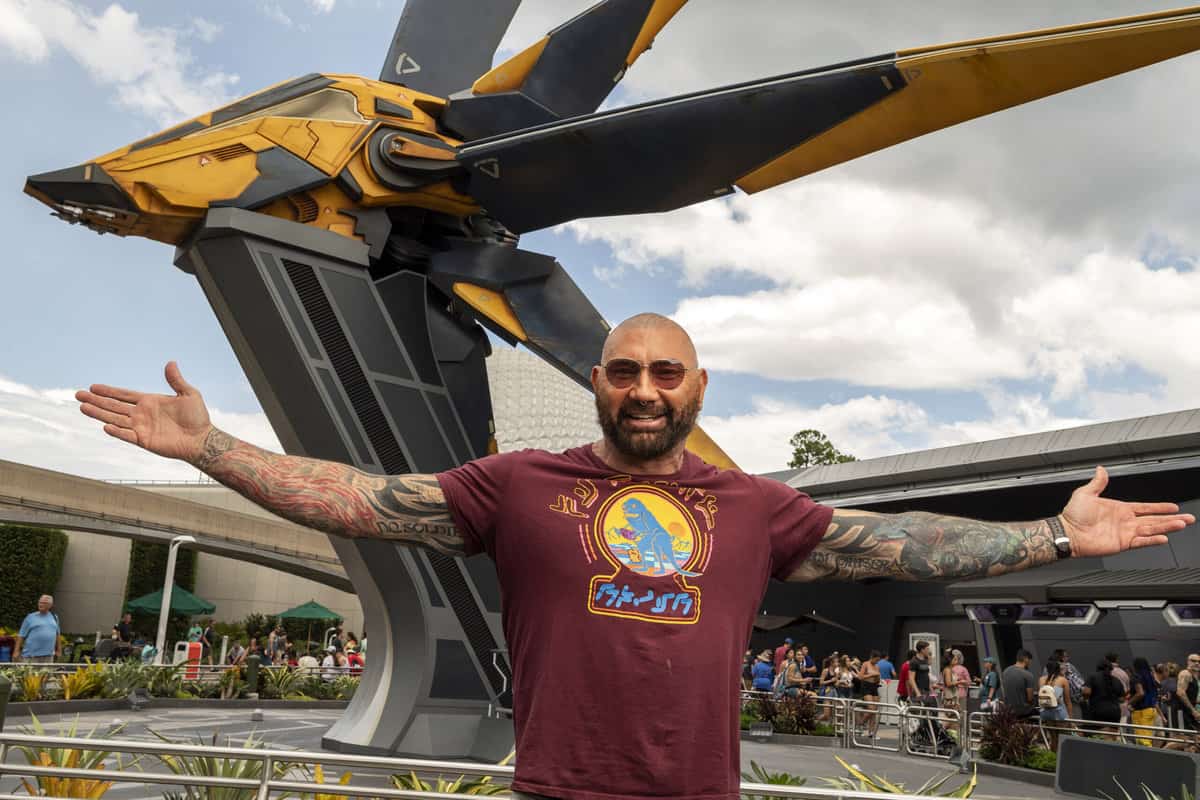 “Guardians of the Galaxy changed my life,” the former wrestler added. “so being here and being a part of this, being a part of Disney World, is just a little overwhelming [and] a little emotional.”

Have you gotten to go on Guardians of the Galaxy: Cosmic Rewind yet (before it gets dressed up for the holidays)? Are you a fan of the Guardians movies from James Gunn and Marvel?