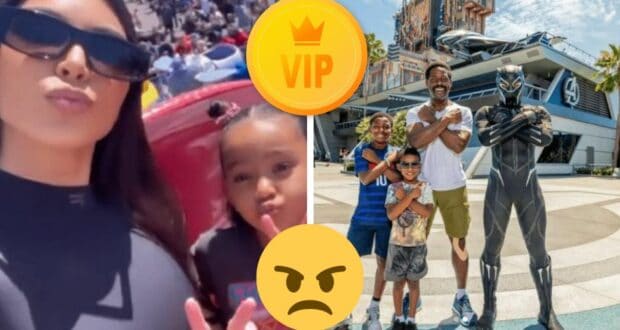 Skipping lines for Disney rides or attractions and getting special access to reservations-only restaurants (or the Disney Wish) are typical luxuries associated with the Disney VIP Tours or Packages that are often popular with celebrities who frequent Disney Parks or Disney Resorts. However, in recent months, celebrities’ time in the Disney Parks has become more and more disruptive — and their fellow Disney Guests are tired of the inequality. 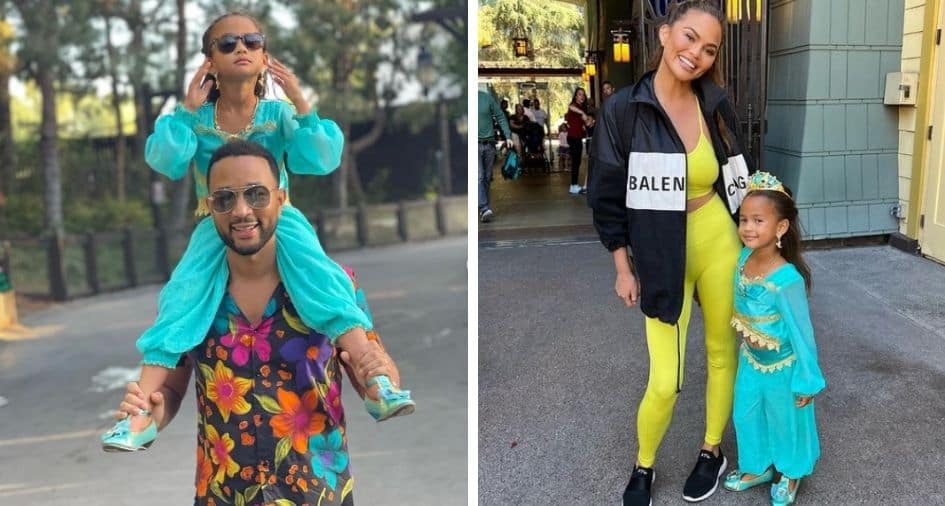 One particularly controversial incident that recently occurred involved the Kardashians. Reality TV stars Kim Kardashian and Khloe Kardashian apparently took over the Mad Tea Party at Disneyland Park to experience the ride privately with their family, which took the idea of VIPs cutting the line and expanded it to simply exclude everyone else who was waiting for their turn to ride.

The Kardashian-adjacent celebrities Kylie Jenner and Travis Scott also shut down “it’s a small world” for a private ride in 2021. Sterling K. Brown from Frozen II (2019) and Black Panther (2018) also supposedly caused some other Disney Guests to wait longer for the Disney California Adventure Park ride called Grizzly River Run — but not by jumping off of the ride as this Disneyland Resort Guest did.

Instead, Sterling K. Brown allegedly did what the Kardashians had done and paused the ride’s line to enjoy Grizzly River Run alone with his family. This particular allegation has not been confirmed. Sterling K. Brown and his family with the Black Panther. Credit: @DisneyParks on Instagram

Disney fans have begun sharing stories and complaints on Reddit about celebrities’ use of their fame in the Disney Parks. One Reddit user did say that a “former face Cast Member” had told them that celebrities get to go on Disney rides alone as a “safety” measure, meaning that it is a security measure in order to keep the celebrities from being harassed or attacked.