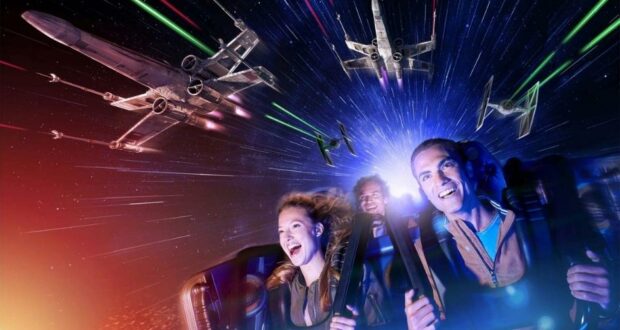 It appears that one of Disney’s Space Mountain roller coasters is set to begin a stint of refurbishment.

According to Disneyland Paris Insider @DLPReport, the Star Wars-themed Space Mountain, Hyperspace Mountain, closed on Monday, May 30, for some “routine refurbishment” and will remain closed through June 10.

🔧 Hyperspace Mountain is now closed for routine refurbishment until June 10 included. No moon is being brought back. pic.twitter.com/IbPJWCLii5

Originally named Space Mountain Mission II, the Disneyland Paris variant of the iconic indoor roller coaster exudes a fun, steampunk design and theme originally based on the Jules Verne story, Le Voyage Dans La Lune. Like the Space Mountain attractions at Hong Kong Disneyland and Disneyland Park in California, Walt Disney Imagineers gave it a Star Wars overlay temporarily renaming it to Hyperspace Mountain. It is the only Space Mountain to go upside down.

While this closure is only temporary, Tokyo Disney Resort is preparing to give its Space Mountain a complete overhaul, transforming it into essentially an entirely new attraction. Click the link below to read our coverage of that story. 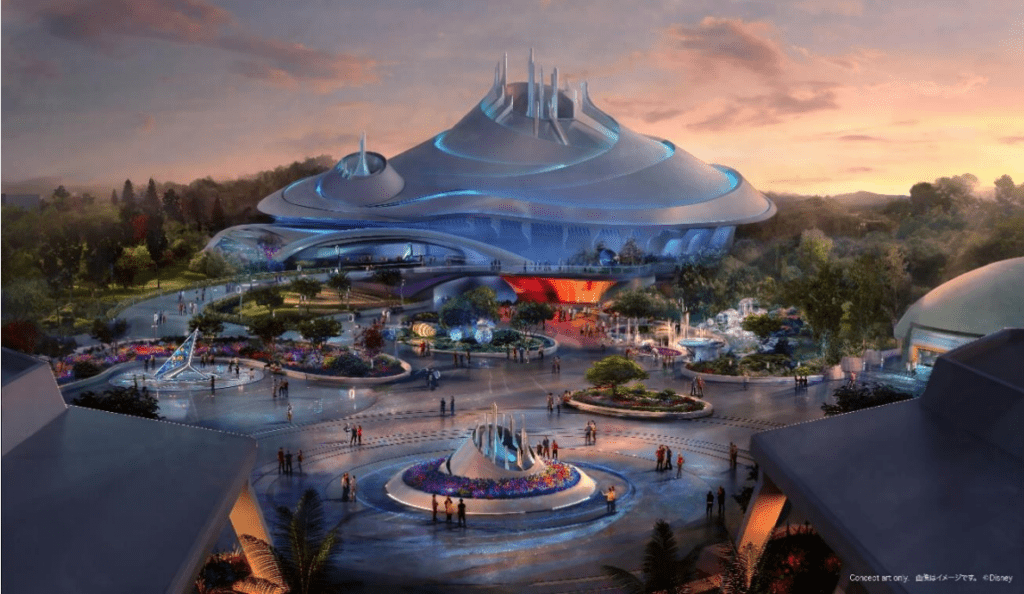 Disneyland Paris describes its Space Mountain as the following: 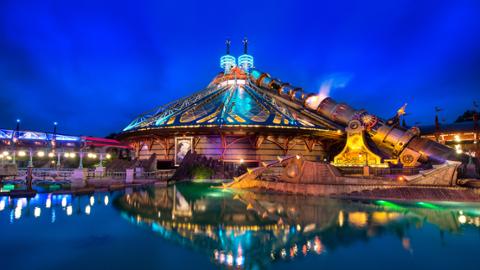 Launch yourself into Star Wars Hyperspace Mountain for a thrilling takeover of a classic space attraction. Enlist in the Rebel Alliance and attend a briefing from Admiral Ackbar. Your mission – to pilot a reconnaissance vessel and spy on an Imperial Star Destroyer.

It’s a Trap!
To the Admiral’s despair, the Empire is expecting you, welcoming your arrival from hyperspace with open armaments. It’s down to you and your X-wing escort to blast through a swarm of deadly TIE fighters and blow up a menacing Star Destroyer. Will the Force be strong with you?

With a frenzy of red and green blaster fire, the wicked whirr of TIE fighters and a stunning Star Wars™ score, Star Wars Hyperspace Mountain is a jaw-dropping experience fit for the most fervent followers of the Force.