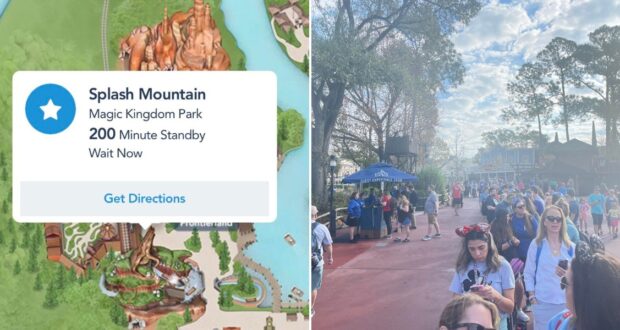 Today is officially the last day to ride Splash Mountain at Magic Kingdom Park in the Walt Disney World Resort and Disneyland Park, and fans are not missing the opportunity.

As expected, Guests bee-lined to Chik-a-pin Hill right at rope drop, setting up a massive queue that will probably stand all day. Earlier this morning, footage shared by Ryan Geary showed the line to take one last ride extended beyond Frontierland and as far back as Liberty Square.

Disney World Cast Members appeared to keep the line in order, leaving most of the thoroughfare in front of Diamond Horshoe and Country Bear Jamboree open for other Guests.

“If you’re coming to ride splash mountain on the last day be prepared to wait. Got in line at 9:13 and I’m by country bears. Queue currently goes into Liberty Square.” 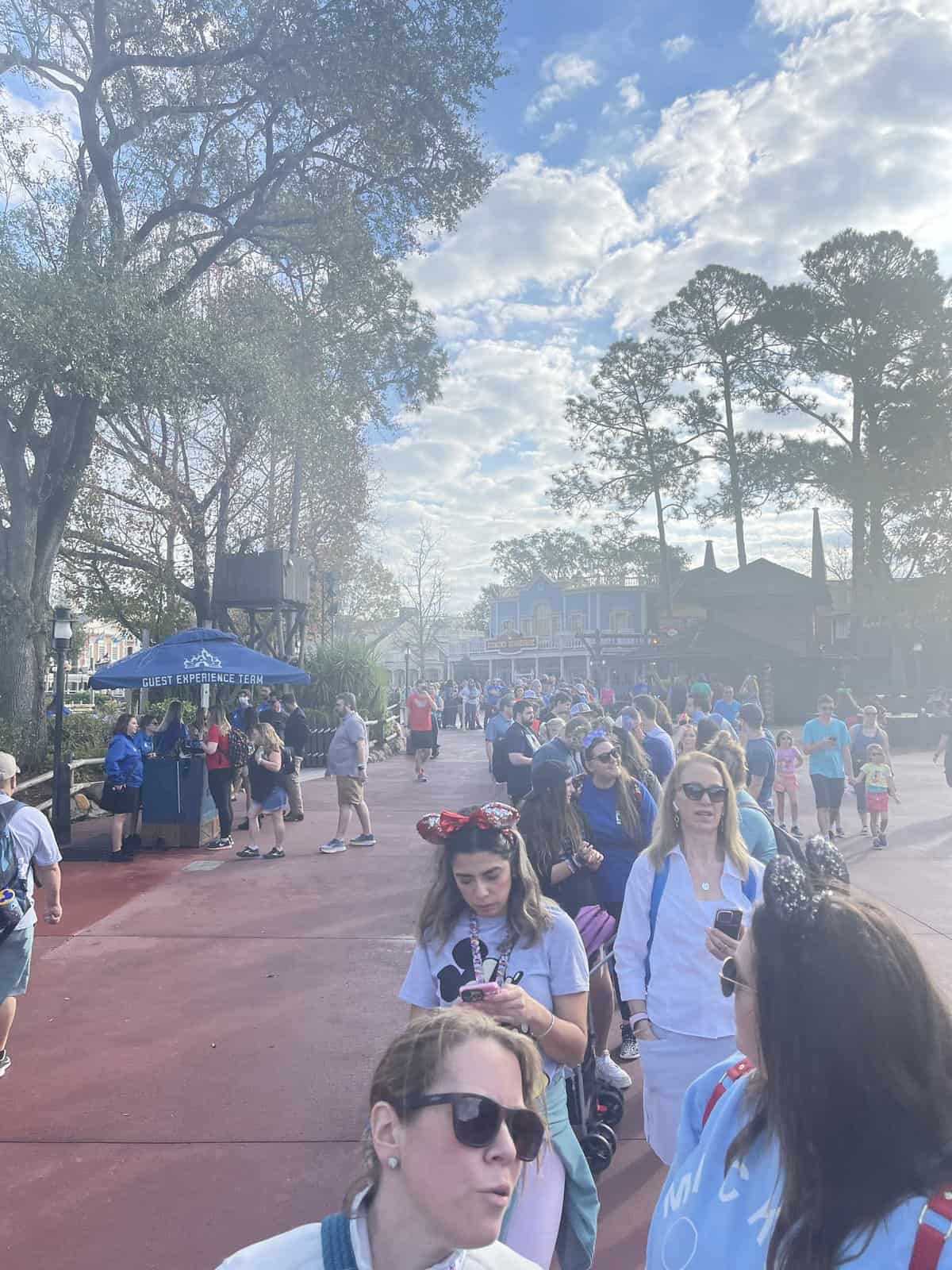 The photographer was able to get on after waiting roughly two hours.

And if the size of the line was not already impressive, according to the MyDisneyExperience App, the official wait time for Splash Mountain at the time of this article was already 200 minutes long. That is over three hours!

So far, there have been no reports of breakdowns or sudden interruptions, and we at Disney Fanatic will continue to monitor the situation.

Disney’s Splash Mountain will close forever when the Magic Kingdom Park closes today, and construction on Tiana’s Bayou Adventure begins tomorrow, January 23. The new ride featuring Princess Tiana, Prince Naveen, and the jazz-loving alligator Louis is expected to open in the latter half of 2024.

We at Disney Fanatic want to thank the Walt Disney Imagineers, as well as Br’er Rabbit, Br’er Fox, Br’er Bear, and the rest of the Cast of Splash Mountain for all of the memorable years as a Magic Kingdom staple. We will continue to update our readers on this and other Disney Parks news and stories as more developments come to light.