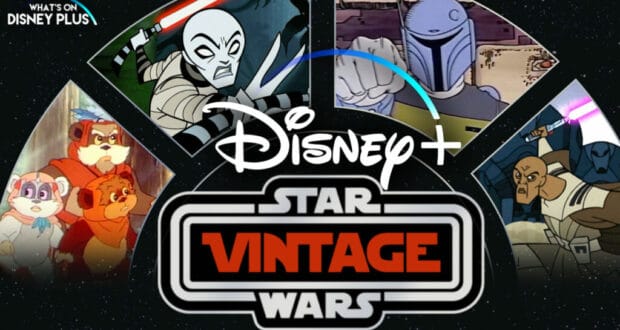 Your weekend just get even better if you are a Star Wars fan. Disney just added a new collection of Star Wars shows to Disney+. Take a look at some of the additions and see if there are any you need to catch up on.

Join two kids on an incredible adventure that takes four-year-old Cindel, and her older brother, Mace, into the unfamiliar world of the Ewoks.

Ewoks: The Battle for Endor

Marauders raid the Ewok village and steal a power supply they believe to be magical. Wicket helps Cindel escape the evil witch Charal, and they befriend a hermit who may help them save the village.

This Emmy award winning show is packed with action. Star Wars fans will want to make sure they have caught this series.

Journey to the Forest Moon of Endor with your favorite Ewoks as they go on fantastical adventures in Bright Tree Village.

The Story of the Faithful Wookiee

Join some of your favorite characters in Luke, Chewie, Han Solo and Bob Fett in this show. Our favorite wookiee uses his instincts to help fin a cure for his beloved Luke and Han Solo. This rare animated short features the voices of the original Star Wars cast.

Have you seen any of these unique Star Wars series? Which ones are you going to catch up on this weekend?