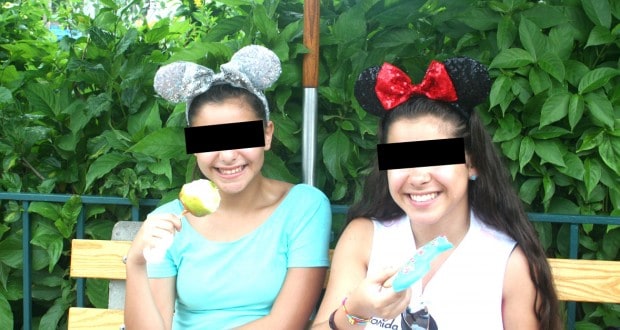 A new scientific study has came out that may help humanity evolve into a better species overall. Researchers at The University Of North Carolina have determined that Disney fans are simply better people compared to their counterparts who do not have strong connections to the Disney brand.

1. Disney Fans Are Nicer Than Non-Disney Fans. Dr. Tamara Rugard says the findings show that Disney fans tend to be nicer, more accepting, and have generally better dispositions. They are less likely to start riots or punch their fellow man in the nose, Rugard also noted. “Our two year study has left no doubt in my mind that the way to world peace is to make sure Disney films are in every household on the planet. If we can get some of the world’s super rich to subsidize trips to Disney World for each and every child, there is no limit to how much better a world this would become,” Dr. Rugard stated.

2. Disney Fans Are More Decent. According to excerpts from the official research paper, there are several amazing examples of human decency displayed in studies of Disney fans. One test subject, named Brian, was followed for 30 days. During that time he saved two turtles trying to cross the highway, failed to step on any innocent insects, and even rescued a family of normally hated fire ants from a heavy rain storm.

3. Disney Fans Aren’t as Stressed. Another test subject, Amy, wore a device to monitor her stress level for one month. She had a baseline of “even tempered” set by the research team. During the full month she never once went above that calm level of emotion. Even in the face of irritating office meetings at her job that often cause other employees to curse, smoke, and even ram their heads into copy machines, Amy kept her cool. As a child, Amy visited Disney World five times, owns 54 Disney posters, and can do a mean impression of Elizabeth’s speech in the third Pirates Of The Caribbean movie…”HOIST THE COLOURS!!!!”

4. Disney Fans Are More Positive. In maybe the best example of a Disney fan being at the height of human decency, a lady named Kimberly spent 2 hours a day thinking positive thoughts and well wishes for all politicians. As most people can attest, politicians may be the lowest form of life known to humans. Yet, Kimberly made it a point to send positive energy their way day after day. When asked what made her want to do something nice for these loathsome creatures, Kimberly, wearing a Hakuna Matata T-shirt, simply said that everyone deserves love, even politicians.

Do you agree with these studies? Share with us your thoughts regarding Disney fans and how they’re better than Disney haters.