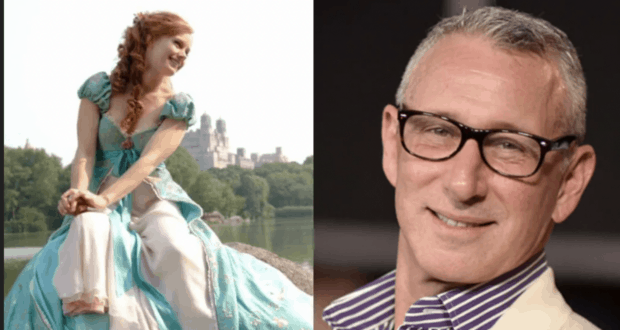 YES!!! Disenchanted has wrapped up filming in Ireland meaning we are one step closer to the long awaited sequel to Enchanted!

Posting on his instagram “Myself and Giselle… @amyadams would just like to say: And that’s a wrap.”

The film will see Giselle, Robert, and Morgan moving to a new house in the suburbs, overseen by Malvina Monroe, the main villain of the film. After problems begin to arise, Giselle makes a wish to transform their lives into a perfect fairytale. However, the spell backfires dramatically and puts Giselle in a rush against the clock to save both her family and her Kingdom of Andalasia before the clock strikes midnight.

With a 2022 release date, we are thrilled to be seeing the return of Amy Adams, Patrick Dempsey (who will be making his singing debut), Idina Menzel, and James Marsden. Maya Rudolph, Yvette Nicole Brown, and Jayma Mays will also be joining the cast in addition to Oscar Nunez, Kolton Stewart and Gabriella Baldachhino.