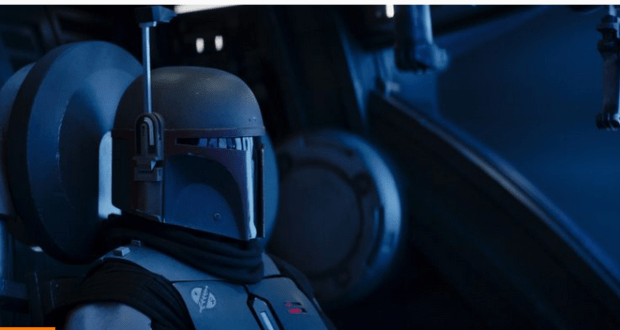 “The Book Of Boba Fett” Coming To Disney+ In December 2021

At the end of the second season of The Mandalorian, Star Wars fans received a great surprise as Disney gave a sneak peak at a new series featuring Boba Fett coming to Disney+ in December of 2021.

At the end of the finale of the second season Star Wars: The Mandalorian, there was a post-credit scene which saw Boba Fett and Fennec Shand heading to Tatooine to take over Jabba’s Palace, which is being run by Bib Fortuna.  They shoot him and Boba takes his seat upon the crown.

The end shot was a title screen that said “The Book of Boba Fett” coming December 2021. We don’t know much about this highly anticipated series; however, if it is anything like The Mandalorian, Star War fans will be thrilled.

We can’t wait to see what this new story will bring.

2020-12-19
Jennifer Retzlaff
Previous: VIDEO: Season’s Greetings from Disney Ambassadors Around the Globe
Next: Here’s What’s Coming To Disney+ In February