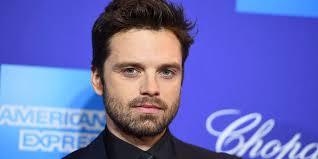 As of Friday’s finale, which set the stage for several new Marvel Studios projects to come, WandaVision is over, and fans are looking forward to Marvel’s next Disney+ release, The Falcon and the Winter Soldier. The series is two weeks away from release, and Marvel whet fans’ appetites by releasing the Marvel Legends episode related to the new series early. The show brings back Anthony Mackie as Sam Wilson/Falcon and Sebastian Stan as Bucky Barnes/The Winter Soldier. Speaking to Total Film magazine, Stan says that The Falcon and the Winter Soldier is a much more familiar show for Marvel fans than the magical mysteries of WandaVision.

“I think WandaVision is a really interesting, different show from Marvel, and it’s tonally in its own world,” Stan says (via The Direct). “I think we are also tonally in our own world in line with what the Captain America franchise movies have been — The Winter Soldier, Civil War — and so I think we follow a much more ground, relatable approach.”

Stan also touched on how he appreciates finally getting time for his and Mackie’s characters to develop. “It’s a continuation of the story, and we finally get enough time with these characters,” he says. “We never got a chance to really fully understand where they come from and the ability to explore that in the tone of the movies, having the action and now more of the character, has been really nice.”

According to a previous interview with Mackie, The Falcon and the Winter Soldier deals specifically with Sam Wilson wrestling with Captain America’s legacy. Fans may recall Steve Rogers bequeathing his shield to Sam in Avengers: Endgame.

“See, at the end of Endgame, Sam didn’t accept the shield. If you remember, he told Steve [Rogers], ‘It doesn’t feel right because the shield is yours.’ So, the show is a long way of figuring around who’s gonna be Captain America,” Mackie said during an episode of The Rich Eisen Show. “Where’s the shield gonna end up. And, who is going to be Captain America, and is that moniker going to come back. Is someone going to hold that moniker again?”