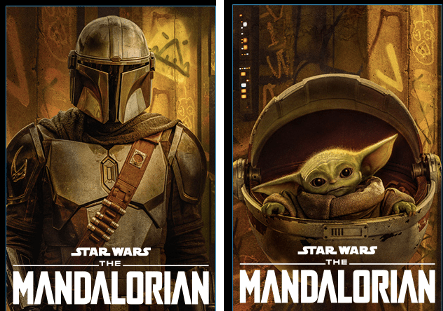 At the recent Critics Choice Super Awards, Star Wars: The Mandalorian took home the honor of Best Science Fiction/Fantasy Series, in a category that also included Outlander, Raised by Wolves, Star Trek: Discovery, Star Trek: Picard, Upload, and What We Do in the Shadows.

The past year has brought many new science fiction/fantasy series and The Mandalorian was one of the top shows. When talking about the series, creator and showrunner John Favreau discussed what he wanted to go into the show.

“We wanted to really wind it back to the things that inspired the original Star Wars and really get it small in scale and tell simple stories,” series creator and showrunner Jon Favreau told Deadline of The Mandalorian in August of last year. “Because part of what you inherit when you’re going to see Star Wars now is this whole history because the stories have been told for decades. And it was nice, with the new medium, to be able to start with a new set of characters to introduce a new audience.”

“But we always knew… and this is something I learned from [working] over at Marvel and working with Kevin Feige, is you always want to keep the core fans in mind, because they have been the ones that have been keeping the torch lit for many, many years,” Favreau continued. “But these are also stories for young people and for new audiences. These are myths, and so you always want to have an outstretched hand to people who might not have that background.”

Do you think Critics Choice Super Awards made the right choice?