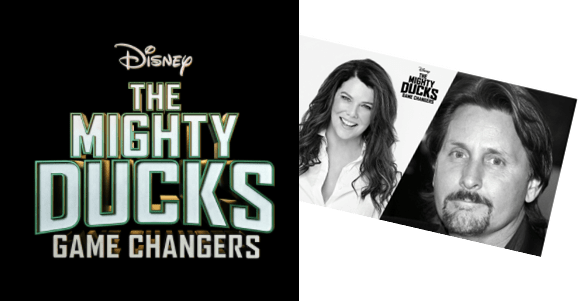 The Might Ducks: Game Changer Coming Soon to Disney+

Might Ducks: Game Changer is set to come to Disney+ in “early 2021” giving us hope that we will see this new series sooner than later, but what do we really know? Take a look at some of the details we know so far about this up and coming show.

Who Is Creating The Mighty Ducks: Game Changers?

Who Is Starring In The Mighty Ducks: Game Changers?

Lauren Graham has been cast in the lead role in the new Disney+ series “The Mighty Ducks.” Graham will star as Alex and Brady Noon is set to portray her son, Evan.  The series will also star Emilio Estevez as Gordon Bombay, who he played in the original movies from the 90s. Also joining the cast are Swayam Bhatia, Taegen Burns, Julee Cerda, Bella Higginbotham, Luke Islam, Kiefer O’Reilly, Maxwell Simkins and De’Jon Watts.

What Is The Mighty Ducks: Game Changers Plot?

In present-day Minnesota, the Mighty Ducks have evolved from scrappy underdogs to an ultra-competitive, powerhouse youth hockey team. After 12-year-old Evan is unceremoniously cut from the Ducks, he and his mom Alex set out to build their own ragtag team of misfits to challenge the cutthroat, win-at-all-costs culture of competitive youth sports.

How Many Episodes Of The Mighty Ducks: Game Changers Are There?

The Mighty Ducks: Game Changers series will consist of 10 episodes.

Even though we are still waiting for an offical release date, we are excited that this series should be coming shortly.