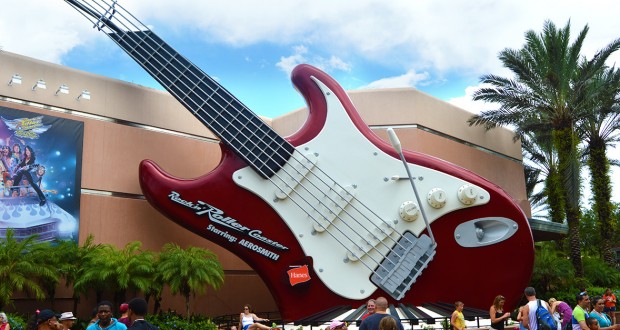 The Ultimate Hollywood Studios Checklist – The 12 Things You Must Do!

Disney’s Hollywood Studios is in a state of flux. We know it is getting a new name. There is much speculation about what is going to come to replace all of the recent closures at the park (Studio Backlot Tour, American Idol Experience, the Captain Jack Sparrow/Pirates of Caribbean attraction). While some are mourning the recent loss of the hat and others are maligning the park because of its lack of attractions and rides to justify it as a full-day park, there is much to enjoy and experience at Hollywood Studios. The following are the musts for anyone visiting the park!

12 – MuppetVision 3D – this attraction is located in Streets of America and is a great way to spend 30 minutes of your day in Hollywood Studios! The attraction features all of your favorite Muppets in a film demonstrating MuppetVision 3D. The attraction is mixed movie and live-action and is similar in scope to Mickey’s Philharmagic in the Magic Kingdom. Make sure you build some time before the show starts to watch the pre-show in the queue area. Also, make sure that you explore the pre-show area – there are some hidden jokes and magic!

11 – Dine at Sci-Fi Dine-In or 50’s Prime Time Café – these are two of my favorite restaurants in all of the parks in Walt Disney World. They both are amazingly themed. Sci-Fi Dine-In allows diners to sit in cars and view clips from old science fiction movies. They also play the classic concessions film strip in between movie clips. 50’s Prime Time Café is designed to look like a kitchen from the 1950s right down the tabletops and black and white TVs on each table.

The food featured at both is delicious. Sci-Fi Dine-In features items you would normally find at picnics (hamburgers and hot dogs, but does also feature some unusual options, too). 50’s Prime Time has classic homestyle American food. I can never make my mind up when I visit there and go for the sampler platter (fried chicken, meatloaf, and pot roast with two sides!).

10 – Head to the end of Sunset Boulevard – located at the end of Sunset Boulevard are the two thrill rides of the park, Tower of Terror and Rock ‘n’ Roller Coaster. Tower of Terror is another amazingly themed place at Hollywood Studios. Take the time when you are in the queue to appreciate the small details – cobwebs, luggage, old discarded and forgotten toys. The ride itself is never the same. Disney technology varies each and every ride so no two are the same. The gift shop at the end of the ride has a lot of Hollywood Tower of Terror merchandise for sale that is not available everywhere.

Rock ‘n’ Roller Coaster is the only rollercoaster in Disney World that goes upside down. The ride is a true thrill ride – three inversions and zero to 60 in less than 3 seconds! What I like most about the ride is that it also features the music of Aerosmith. The music is piped in through speakers located in your headrests. What truly elevates the ride though is that the entire ride is experienced in the dark!

9 – Ride the Great Movie Ride – no longer is the theatre housing the Great Movie Ride obscured by the Sorcerer’s Hat. Located at the end of Hollywood Boulevard, this ride takes you on a journey through some classic movie scenes and allows you to become part of the action. I always enjoy the ride as a break because you get to sit down for the length of the ride and cool off. It never has much of a line and a recent agreement between Disney and Turner Classic Movies has led to some much needed improvements to the ride.

8 – Animation Academy – the original conceit of the park was to showcase movie making and the celebration of everything behind-the-scenes. There are few vestiges left to that purpose, but Animation Academy is certainly one of them. You can learn about the animation process and what goes into making the classic Disney movies that everyone knows and loves. If you want to go a step further, you can participate in Animation Academy where you will be taught how to draw a Disney character! You even get to take home your picture as a souvenir (for free)!

7 – Go Shopping! – I like the shops that line Hollywood Boulevard. They feature a wide array of merchandise and has something for the entire family. Whether you like pin collecting, are looking for toys or plush characters, or are just in need of a new Disney t-shirt, these stores will meet and exceed your expectations!

6 – Mickey pretzels – based on my very own, very unscientific research, Hollywood Studios is the best place to find this Disney classic treat! My favorite place to get them from is from the snack cart just as you exit the Great Movie Ride at the start of Commissary Lane. They are also available over at the Sunset Ranch Market area. You can also find them walking down the Streets of America!

5 – Movie-based Attractions – Hollywood Studios features four different attractions based on movies. You can check out the musical stage spectacular with Beauty and the Beast at the Theatre of the Stars. The show is wonderful and, although outside, is in a covered ampitheatre. You can see Ariel in Voyage of the Little Mermaid which also features songs, but also blacklight puppetry! The show does involve some misting water, so watch out if you are seated in the first couple rows. If neither of these princesses do it for you, you can go to the Frozen First Time in Forever Sing-Along!

If you are looking for a more masculine attraction, the Indiana Jones Epic Stunt Spectacular will do the trick. This show features how the stunts of the movies are accomplished and even allows for audience participation. If you want to be part of the show, make sure to get there a little early!

4 – Streetsmosphere – located all over the park, the Streetsmosphere performers are a wonderful part of the park. In the front of the park, the Citizens of America roam the streets for impromptu shows. Be careful because they do grab unwitting park guests to be part of their shows! Also part of the Streetsmosphere team is the band “Mulch, Sweat, and Tears” that perform covers to popular songs. They drive around in a yellow truck and have been known to have concerts all over the park! If you see them driving around, make sure to stick around to watch a song or two!

3 – Star Tours – another attraction built around Disney technology that allows for randomization. Star Tours features 54 different scenarios for guests to enjoy, so although you can have repeat experiences, that is a unlikely given the probability equations for that. The queue is also very interesting and engaging. Be sure to explore Tatooine Traders at the end of the ride – a young Jedi can build his very first lightsaber there!

2 – Toy Story Midway Mania – the most popular attraction in Hollywood Studios allows the rider to play in a variety of carnival games. The ride is inviting to everyone from a young child, to a teenager, to grandpa! Everyone can get in on the fun, and invariably, a contest will break out to see who can get the highest score!

Disney has recently indicated that they are adding a third track to this ride to help decrease wait times, so until we can see if that has any impact on wait times, make sure to get there right at rope drop or use on of your FastPasses for this! Wait times can reach triple digits during the busier times of the year!

1 – Fantasmic! – this show is truly amazing! Featuring characters from many Disney movies, the story centers on Mickey and his battle against the forces of evil using the power of imagination. The show is presented using different mediums and is definitely worth waiting for! Bonus: the stadium does sell snacks, including the infamous Mickey pretzel!

If the rumor mill is true, Hollywood Studios is in for a lot more than a name change. We will have to wait and see if Star Wars Land and an expanded Pixar area or Cars Land comes to the park in the coming months and years, but regardless of their presence, there is still plenty to enjoy and experience at Disney’s third gate!

For more insight and advice on Hollywood Studios, consider planning and booking your next Disney trip with an Authorized Disney Vacation Planner you can trust like Mickey Travels. They’ll help you get the best price for your vacation, share expert advice and their services are totally FREE! It’s genius!