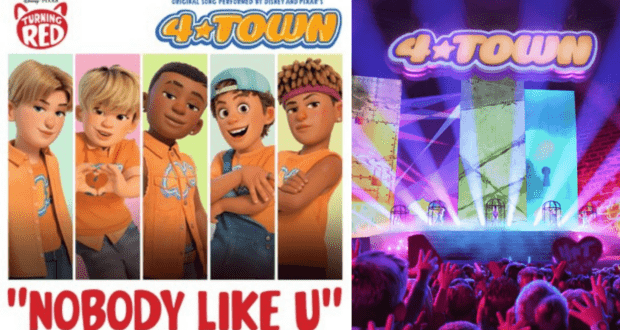 Walt Disney Animation Studios may be known for topping the music charts, especially with some of the company’s latest hits, but what about Pixar? While Pixar films are beloved by fans of all ages, the original songs from Pixar movies rarely receive the same mainstream attention as some hit Disney songs, but the latest film from the studio, Turning Red (2022), has just changed that! 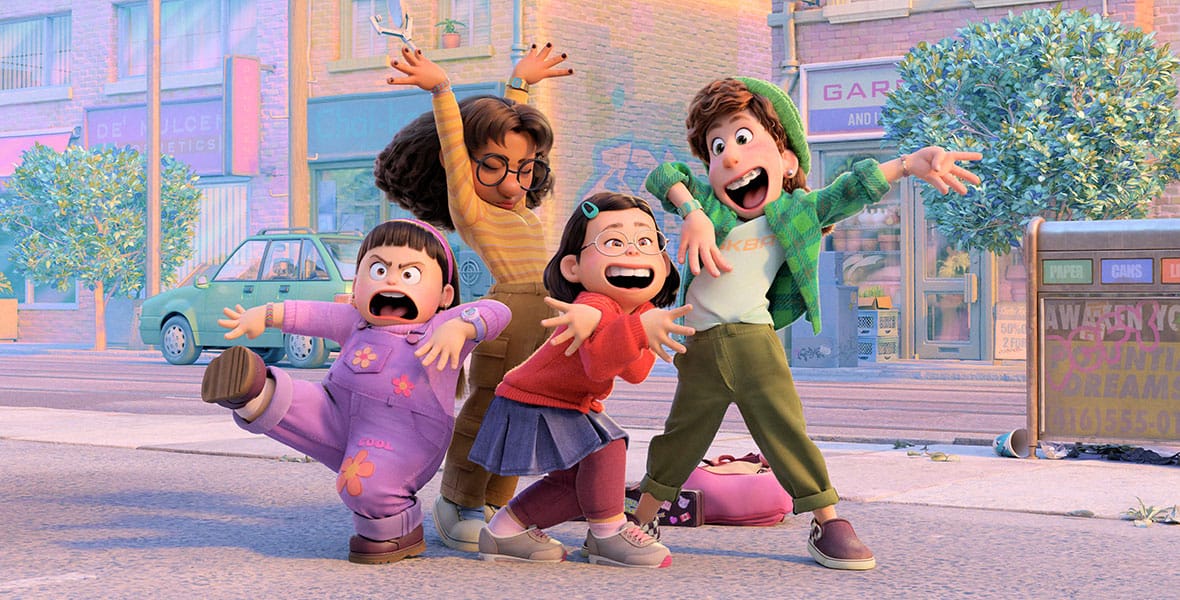 Turning Red debuted on Disney+ to largely positive reactions from fans earlier this month, and in addition to the inspiring story developed by the film’s director Domee Shi, the movie includes original songs by both FINNEAS and Billie Eilish as well as the fictional boyband, 4*Town.

The 4*Town song that is a hit with Mei Lee and her friends in the film, “Nobody Like U” just debuted at #50 on the Billboard Hot 100 , the highest ranking ever held by an original song from a Pixar animated film, and the first Pixar song to ever make the chart in the United States.

Pixar songs previously ranked include Randy Newman’s “You’ve Got a Friend in Me” from Toy Story (1995), as well as “Remember Me” from Coco (2017), and “Life Is a Highway” from Cars (2006) though the version in the film is not a Pixar original song but rather the Rascal Flatts cover of the 1991 Tom Cochrane hit.

“Nobody Like U” certainly has the potential to only grow in popularity outside of the film, as does the fictional boyband 4*Town for that matter, where the characters in the group are voiced by such talented performers as Jordan Fisher (Robaire), FINNEAS (Jesse), Josh Levi (Aaron Z.), Grayzon Villanueva (Tae Young), and Topher Ngo (Aaron T.) The song, and others by 4*Town is one of the numbers in Turning Red that was written by songwriting duo Billie Eilish and FINNEAS. 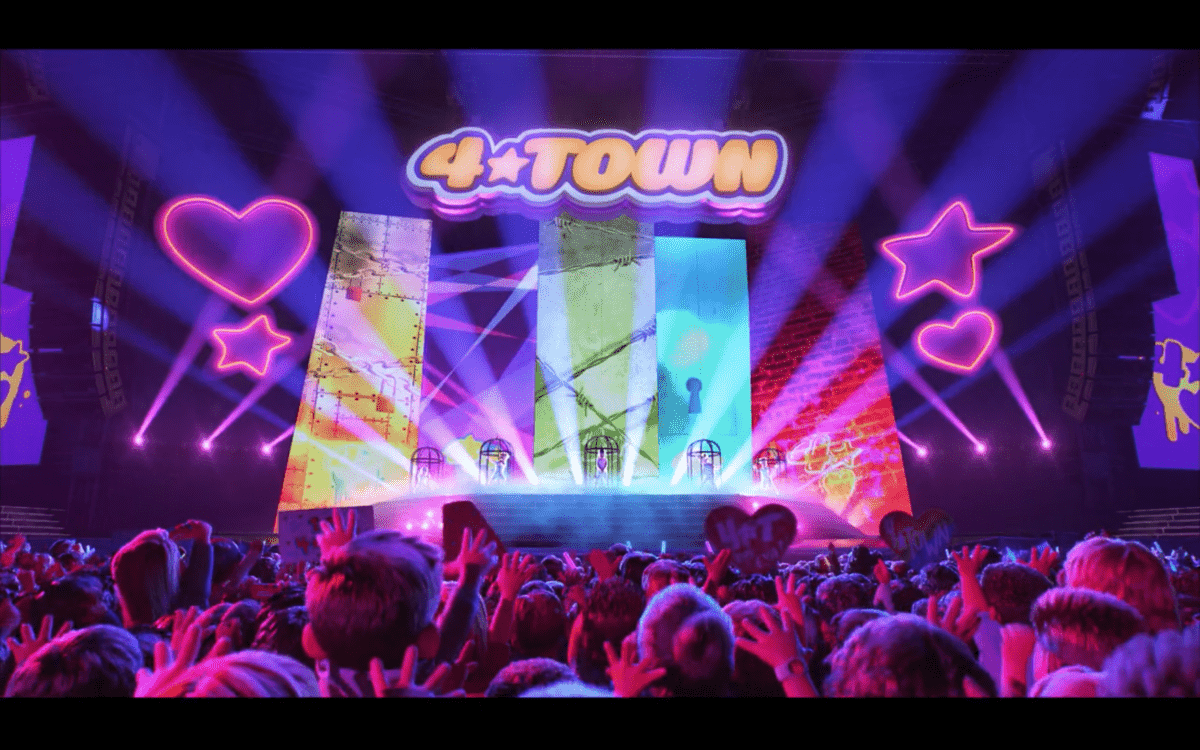 With hits from Walt Disney Animation Studio’s Encanto (2021) still ranking high on the Billboard Hot 100, it will certainly be interesting to see if songs from a Pixar film come close to achieving similar mainstream popularity on the charts!