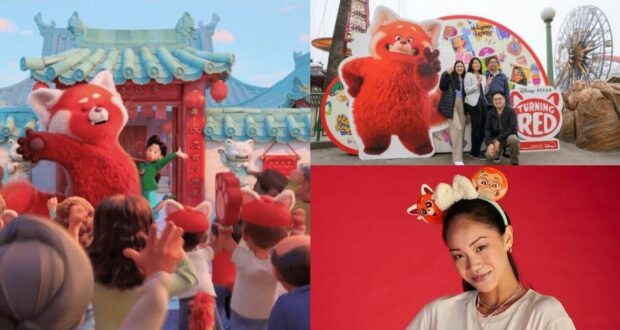 ‘Turning Red’ Could Be Disney’s Next Big Franchise

Disney/Pixar’s latest feature film Turning Red has giant-red-panda-sized franchise potential. Despite it having been diverted from the box office for a straight-to-streaming release on March 11th, this Pixar movie is poised to spawn a massive franchise filled with merchandise and a Disney Plus series. 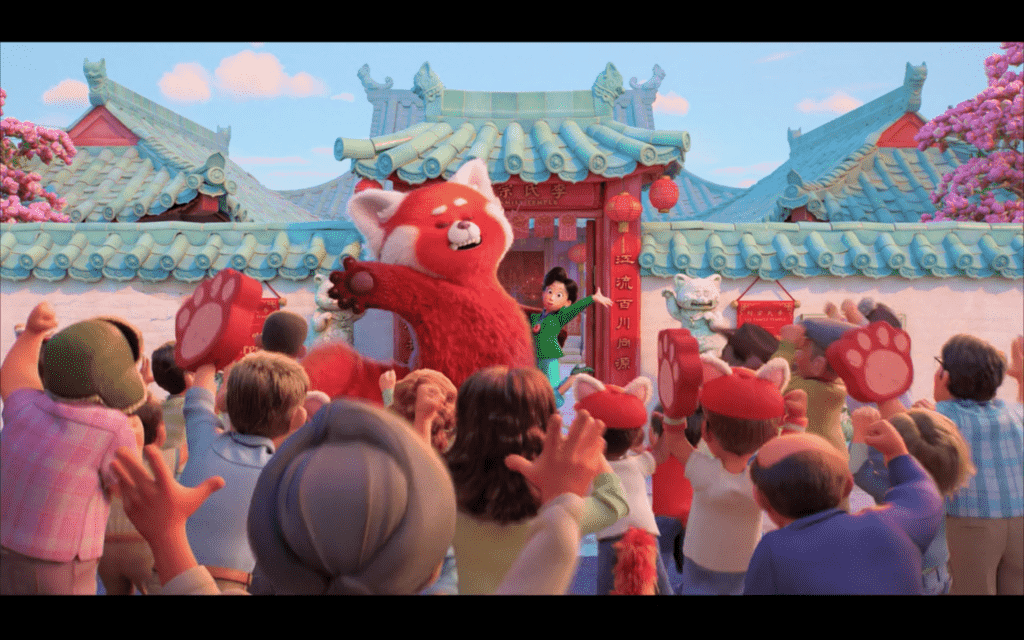 The red panda version of Meilin Lee and her admirers in’ Turning Red’ by Walt Disney Animation Studios Credit: Disney/Pixar

Turning Red ends where a new story arguably begins. Meilin Lee (Rosalie Chiang) is now a 13-year-old girl with the established ability to transform into a giant red panda and a well-adjusted family life, right? Pixar animators literally have all of early-2000s Toronto to play with. If they are going to make a movie that is about the start of puberty, they might as well keep the story going with Mei and her friends as they continue to get off to some goofy teenage antics.

Speaking of her friends and family, the characters of Turning Red are solidified in their archetypes by the end of the film that can easily transition into a Disney+ series. We have the introspective bestest friend, Miriam (Ava Morse), the small crazy-fun one Abby (Hyein Park), and low-key chill one Priya (Maitreyi Ramakrishnan). Mei’s mom, Ming Lee (Sandra Oh), will always be uptight with a tendency to fall back into an overprotective mode. Oh, and our narrating protagonist has the coolest party trick on her side of Lake Ontario. 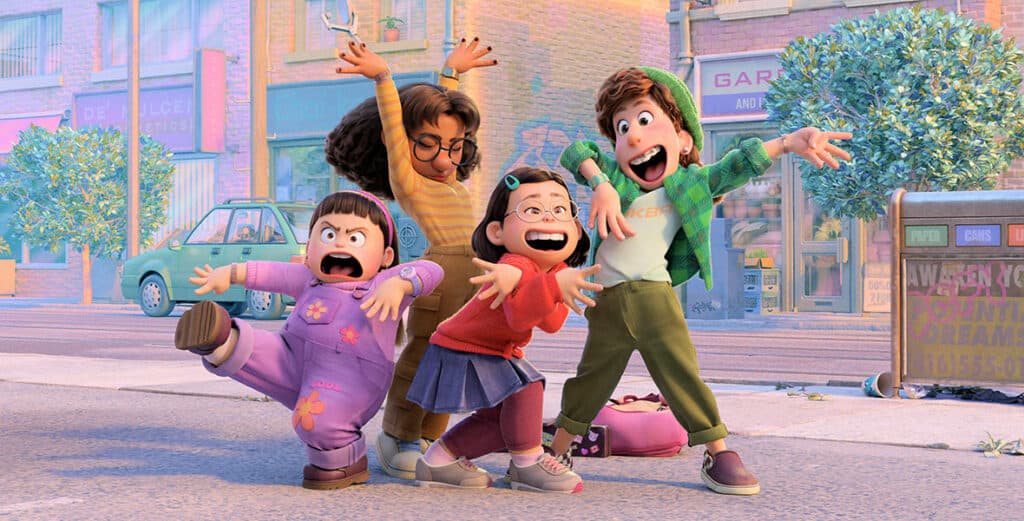 Mei Lee’s transformation powers open the door for some super-hero-like stories or maybe just playful comedic antics. This writer can see a whole episode centered around Meilin getting a bad case of the hiccups, and every time she hiccups, a piece of red panda poofs up like her tail, ears, or face. Meanwhile, her friends do everything they can to help save her.

There is also the matter of culture. Turning Red relied strongly on Chinese culture and the way of life for a Chinese Canadian. That alone provides a wealth of content inspiration for several episodes–they at least have to have a Chinese New Year short in the works. 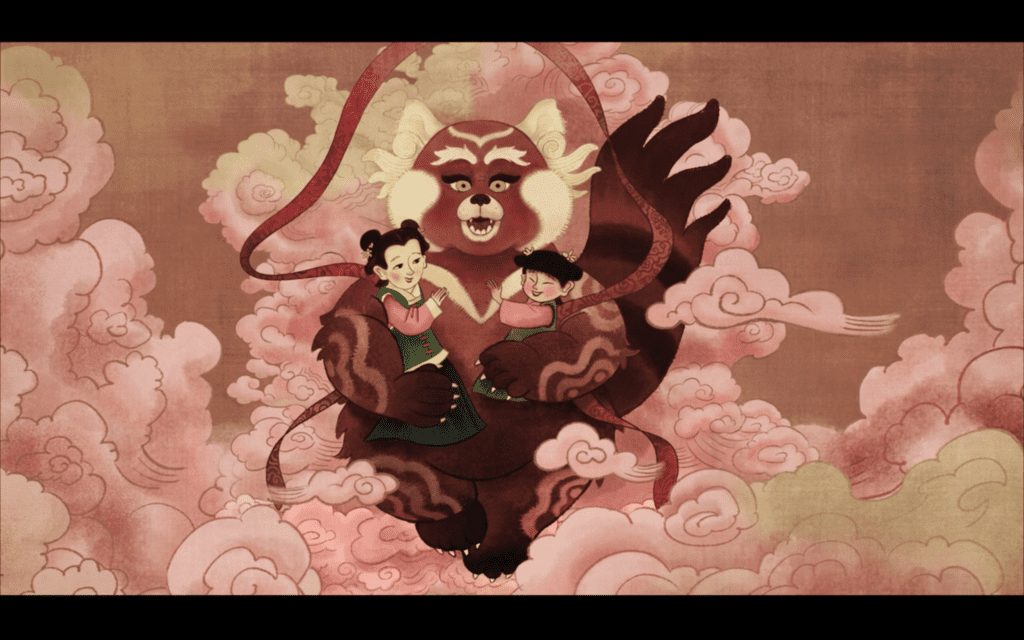 The point is Pixar Animation Studios’ Turning Red provides the foundation needed for a movie to expand into a television franchise. But there are also opportunities elsewhere. 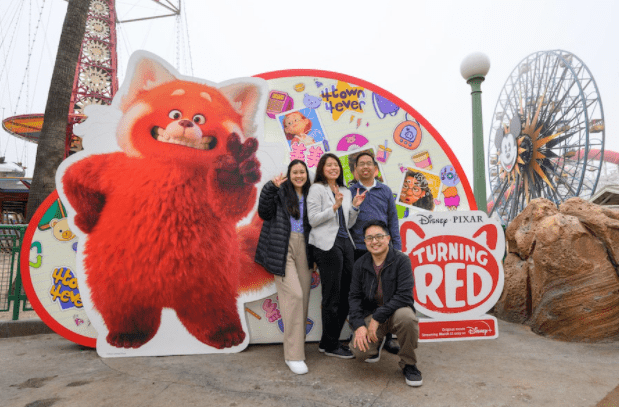 The other signs of a successful Disney franchise include the power of its merchandise and if it can be included–and welcomed–into Disney Theme Parks. And Domee Shi’s movie is already proving just that.

Recently, Disney Fanatic shared the news that Disneyland Paris Resort has added a Magic Shot for Guests to take pictures with Meilin Lee as a Red Panda at Walt Disney Studios Park. It is only a matter of time before the pre-pandemic, huggable Character Meet’ n Greets return to Disneyland Park and Disney California Adventure Park, and when that happens, there is little doubt that the smiling giant red panda will have her own character spot. She can also arguably fit at the China–or Canadian–Pavilion at EPCOT. 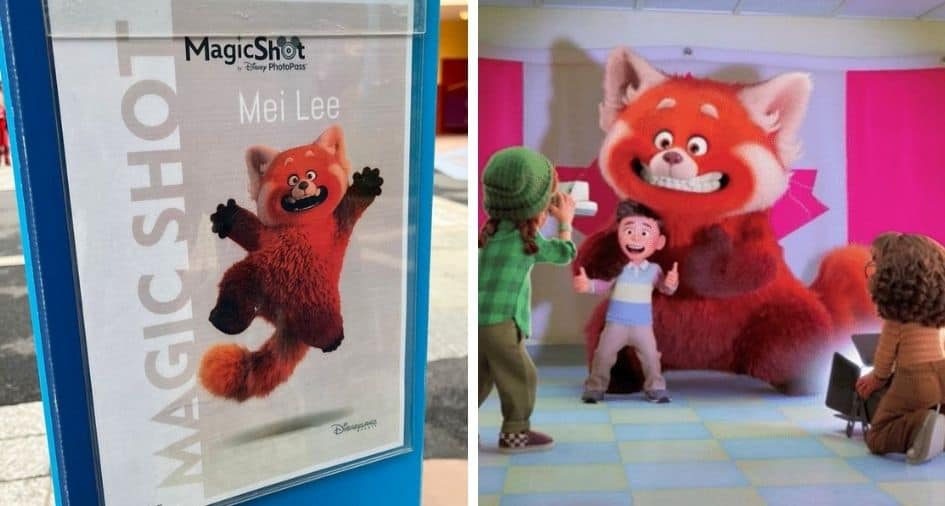 Read More: Take Your Picture With Mei From ‘Turning Red’

There is also the matter of merchandise. Just as the Toy Story franchise opened the door for toy sales, Turning Red opened the door to a whole new clothing line. After all, why would they give us a Pixar film where the main characters sell awesome merchandise if they weren’t going to let us have any? We recently covered that Disney is selling official red panda paraphernalia. Shirts, Minnie ears, a bathrobe, and other Pixar gear that takes folks back to the “aughties” are available now. It is clear, at least to this writer, that Disney/Pixar’s Turning Red is primed for franchising across Disney+, shopDisney, and Disney Parks. However, while Disney CEO Bob Chapek has openly referred to Disney’s Encanto as a franchise, there has been no labeling yet for the latest Pixar release. At this point, only time will tell how far The Walt Disney Company will look to take their new red panda.

We at Disney Fanatic will continue to update our readers on Turning Red news as more stories come to light.

Disney’s latest Pixar film from director Domee Shi, Turning Red, is available for streaming now on Disney Plus. Pixar’s Buzz Lightyear spinoff Lightyear is still scheduled to be released in theaters this summer.

Speculation Turning Red 2022-03-17
T.K. Bosacki
Previous: ‘Disney Adult’ Ridiculed for Crying at Sight of Cinderella Castle
Next: Did You Spot the Pizza Planet Truck and Other Pixar Easter Eggs in ‘Turning Red’?