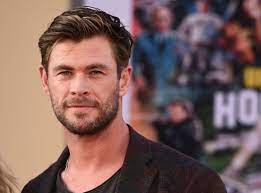 Chris Hemsworth proved why he’s worthy of Thor’s hammer with a single epic punch. A new video acquired by Access shows Hemsworth throwing a divine right-hand punch while playing a punching bag game a an arcade in Australia, where he has been filming Thor: Love and Thunder. That’s a solid punch from the God of Thunder, but his stunt double outdid him. Bobby Holland Hanton threw a powerful left hook that set a new high score on the game. It turns out that keeping up with Hemsworth’s workout regimen pays off. You can watch the video and see both punches for yourself below.

Hanton has worked with Hemsworth throughout the star’s Marvel career. As his stunt double, he has to duplicate Hemsworth’s superhero diet and workout schedule. Speaking to the Australian morning radio show Fitzy and Wippa, Hanton said he’s been having trouble keeping up with Hemsworth on Thor: Love and Thunder, adding that Hemsworth has bulked up more than ever before. “Everyone is like ‘Wow look at the size and him,’ and I’m like yeah that’s brilliant, I’m that guy’s double,’ so I text him, I’m like, ‘Thanks very much dude, you’ve just made this even harder,'” Hanton said.

“I train with him a lot. We train all the time. We’re on the same diet regime and training,” he continued. “He’s the biggest though he’s ever been, so I have to be the biggest I’ve ever been, which is a challenge, but I’m up for it. Every two hours we are eating, it’s become a chore. I don’t enjoy eating at all. Every two hours, it’s like get calories in, training twice a day, it’s full-on.”

Hanton did note some of the routine’s adverse effects. “We’re training so much; we are packing on so much size, it’s difficult on the body,” he says. “I find carrying around the extra weight is difficult and hard to maintain on the ligaments. He’s all good; look at him. He’s a man mountain.”

Thor: Love and Thunder brings back Hemsworth as Thor and Natalie Portman as Jane Foster, who will become the new Thor, as inspired by a recent Thor comics run. Taika Waititi returns to direct after helming Thor: Ragnarok.

What do you think of Chris Hemsworth’s epic punch? Let us know what you think about it in the comments section. Thor: Love and Thunder opens in theaters on May 6, 2022.