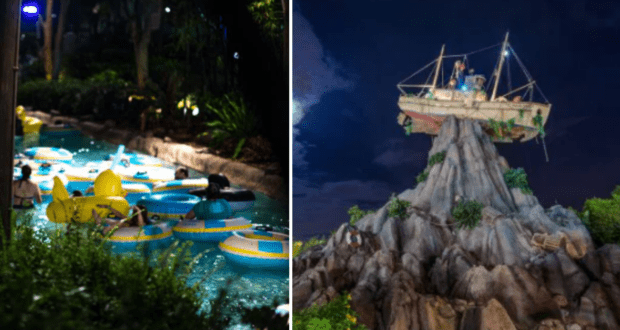 Things at the Walt Disney World Resort at getting closer to “normal” and with that comes the return of fan-favorite events all around the parks and resorts. Starting earlier this year with the EPCOT International Festival of the Arts, Guests saw the return of the full Disney on BROADWAY Concert Series, marking the first time a festival concert series was restored to its pre-pandemic form. In the Magic Kingdom, Disney’s Festival of Fantasy Parade has returned, and Fantasmic! is coming back later this year at Disney’s Hollywood Studios. One fan-favorite summer event that has been paused since 2020 is coming back for the first time this year- H2O Glow Nights return in just a couple of months to Disney’s Typhoon Lagoon, and tickets are on sale soon! 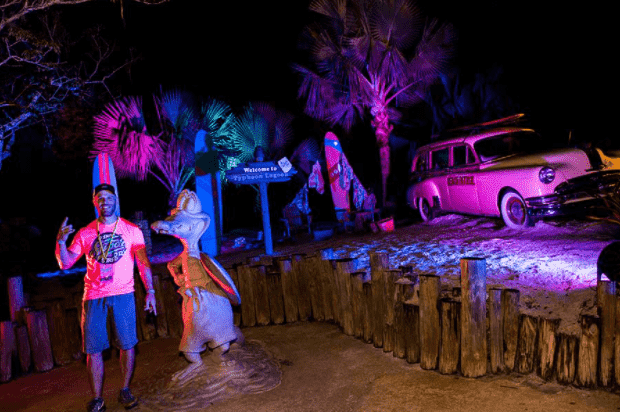 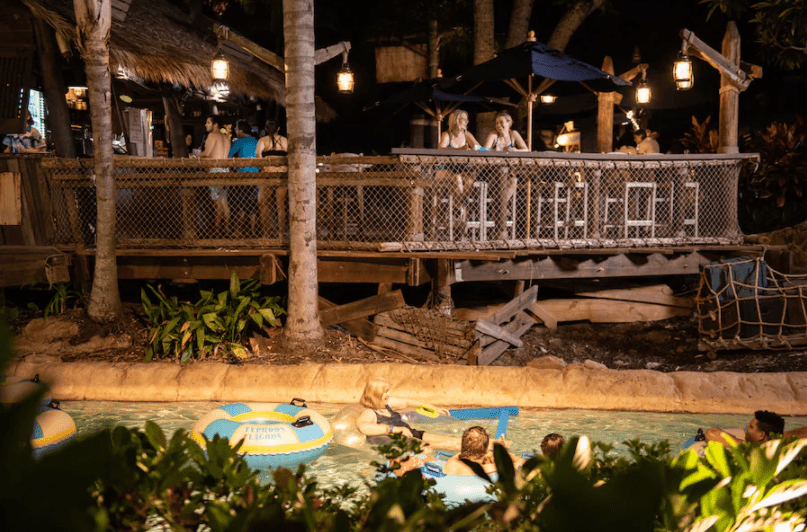 All Guests in attendance at the Disney park event will also be given a glowing wristband and access to experiencing favorite Typhoon Lagoon attractions at night from the lazy river to the thrills of Crush N’ Gusher. And, while we are waiting on details for this year’s event, past snack specials have included specialty cookies, popcorn, and beverages made with fresh Odwalla lemonade in a lineup of treats only available during an H2O Glow Night at the water park.

The Disney Parks Blog just shared the news that this year’s event returns to the Disney water park Memorial Day weekend and will run weekly on Saturday nights from 8 PM to 11 PM May 28 to August 27, 2022. Guests with an event ticket will be able to enter the park beginning at 6 PM during H2O Glow Nights, so it is always a good idea to arrive early to make the most of your time in the park. 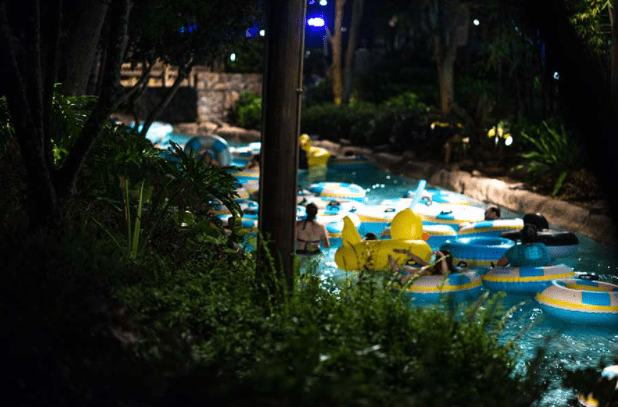 Tickets for this year’s Disney H2O Glow Nights will go on sale for Guests staying at Walt Disney World Resort hotels (including the Walt Disney World Swan and Dolphin Resort and Shades of Green) on March 29, 2022, while the general public will be able to purchase tickets beginning on April 1, 2022. The event does have limited capacity so be sure to head over to Disney’s official site to grab your tickets if you are hoping to attend.

Ticket prices as noted on Disney’s site are: