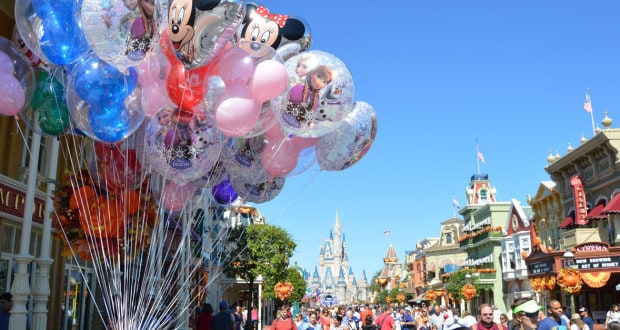 We all have the same intentions of visiting the Disney parks; spending time with family, creating memories, unwinding and distressing, and ultimately, just having fun. Its unfortunate though that in some cases, things have gone wrong for some while checking out the happiest place on earth. Here are ten stupid things people do at Disney Parks.

Some adults have no problem keeping track of their alcohol content, but for others, it can get a bit out of hand. There have been many cases where people get drunk and their choices while being intoxicated cause them to suffer the consequences. This can be especially embarrassing for their families. Remember that you are in public (and most of the time with children) and getting in trouble at Disney is not what you probably had on your to-do list.

We all love the romance of Disney films, and while proposals and signs of affection are perfect and liked by many, it can get a bit out of hand when some couples show excessive PDA. I have witnessed couples making out (to the point that they don’t come up for air) which has made guests around them uncomfortable. There have also been a few cases of couples going further than first base (if you know what I mean), which are grounds for being kicked out if taken too far. Remember that Disney is a family friendly place to visit. Hugs and kisses should be the most affectionate thing done by guests.

We all know violence doesn’t solve anything, so why do some people let anger get to them so much, to the point that they do not realize where they are or who is around them? Fighting is a huge no-no at the Disney parks. Whether its verbal or physical, guests are put in an appalling and uncomfortable situation, especially when they are trying to cover their kids eyes or calm them down. If you are really that bothered by a guest, remember to report the problem to a cast member who may be able to assist with the issue.

Its no surprise that the magic of Disney has a lot to do with the wonderful cast members that they have. Cast members usually always go out of their way to make sure that guests are happy and taken care of. We all know that famous saying, “treat others the way you want to be treated”, so why is it that guests feel the need to scream at cast members and then expect miracles to happen? Some believe that being at the happiest place on earth means that everything is supposed to be flawless and perfect at all times, but most of the time, the errors or complications that occur are out of the control of employees, and chances are they will fix it for you if you speak in a calm and collective manner. Screaming doesn’t solve problems, so spare the embarrassment of others and your family.

The one issue that each and every guest must deal with at the parks is waiting in line. We all love fastpasses, but they aren’t available for every single ride, so waiting in line is inevitable. Skipping the lines is a major no-no not only for cast members, but for park guests as well. All guests should be respectful of others that have been waiting in line no matter how long it may be. No one wants to have a confrontation with other guests and be embarrassed by this issue.

Designated smoking areas are all over the parks and resorts, yet some guests’ still cant wait to light up their cigarettes until they reach these areas. While I understand the urge to want to smoke, it is important to remember that many guests do not enjoy the smell of it, and may even have health issues that require them to stay away from it. There are also safety regulations that need to be met around the parks and therefore, it is important to smoke where it is allowed.

Believe it or not, I have witnessed multiple people stealing items from Disney gift shops. We all know how expensive Disney park souvenirs are, but that is no reason to steal. The worst part about what I did witness is that in most cases, parents and/or children snuck an item in their bag and nothing was done, even after witnessing it. Teaching your children to steal is a huge issue and while cast members weren’t aware of what I saw, I’m sure you will get in big trouble for stealing at the parks. Do the right thing and purchase what you want.

When Walt Disney created Disneyland and then developed Disney World, he wanted to make sure that guests had access to trash cans all over the park to prevent littering. He did this by tracking how long it would take someone (more or less) to eat a hot dog and then took that distance and made sure there was a trashcan in that span of area. This is why there is a trashcan practically everywhere you look in each of the parks. Even with the plethora of trashcans, some guests aren’t patient enough to wait to throw their trash out so they litter. Cast members take a lot of time making sure the parks are spotless, so doing this is total disrespect. It also sets a bad example for kids.

Tour groups from other countries are often seen in the parks. You can spot them from a mile a way with their bright apparel and flags. Most of these tour groups visit for long periods of time since they are from other countries, so you can expect to see them around the parks on multiple days. Many of these tours consist of young teenagers, and they can get out of hand quickly. Tour groups are often seen chanting at the top of their lungs and causing commotion whether they’re at a show, waiting in line, or just walking the park. It can become very annoying to have to listen to their continuous yelling and abrupt behavior when you’re trying to enjoy your time at the parks. Its unfortunate that cast members can’t really do anything about the chanting, so my best advice is to leave the area they are at if you get annoyed. Remember that not all tour groups are like this.

1. Kids on Shoulders At Shows

Around ten o’clock every evening, guests scramble to snag a spot in front of Cinderella’s castle for the firework spectacular. Since Main Street U.S.A. gets very crowded, it is common to spot guests placing their children on their shoulders so that they can see the fireworks clearly. This is a major problem (and a little controversial) for guests. Many guests feel that it is unfair that they reserved a spot hours in advance only to be blocked by a child on shoulders. It is also a major safety concern because if a child falls from that height, there can be some serious injuries to the child and those around them. Disney cast members will politely ask you to have your child stand like everyone else for safety reasons, but remember, fireworks are high in the sky, so if you can, snag a spot that isn’t directly in the middle of the pathway so that your child can see them.