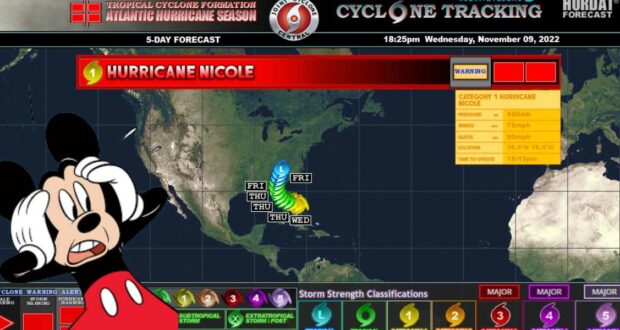 Per the predictions of meteorologists, the former Tropical Storm has officially reached the status of a hurricane as it barrels toward Florida.

For the last few days, Tropical Storm Nicole has been causing changes in routines and schedules as it’s been making its way to east Florida. The storm which started out as Subtropical storm Nicole and has now reached hurricane strength. Meteorologists predicted that the Tropical Storm would reach hurricane status today, Wednesday, November 9, per their models, and that has just happened.

Earlier today, Disney World officially announced that it would be closing down each Theme Park in the Walt Disney World Resort early. The Disney Park’s phased closure re-announcement came after it went back on its initial closing announcement yesterday.

However, closing the Parks was clearly the right call as Tropical Storm Nicole has now reached higher speeds and is officially Hurricane Nicole as it made landfall on Grand Bahama Island tonight, as had also been predicted by the National Hurricane Center. Chris Gilson, @GilsonWeather, shared on Twitter that Nicole has strengthened to wind speeds of 75 mph. The hurricane is currently 105 miles east of West Palm Beach.

BREAKING #Nicole has strengthened to a hurricane with winds of 75 mph.

It is about 105 mile east of West Palm Beach. @MyNews13 #tropics

Along with the Walt Disney World Resort and its Parks, Universal Orlando also announced it would be closing for the impending severe weather. Universal Orlando Resort, Universal’s Volcano Bay, and City Walk all will be closed starting today, November 9.

Orlando International Airport also announced that it would cease all commercial operations due to Tropical Storm Nicole starting today, November 9, at 4 p.m. Tropical Storm conditions have already begun along the east coast of Florida. Hurricane Nicole will likely hit the eastern regions of Central Florida and South Florida later tonight. Brevard county and Volusia county were placed under a hurricane warning. Flagler remains under a hurricane watch. 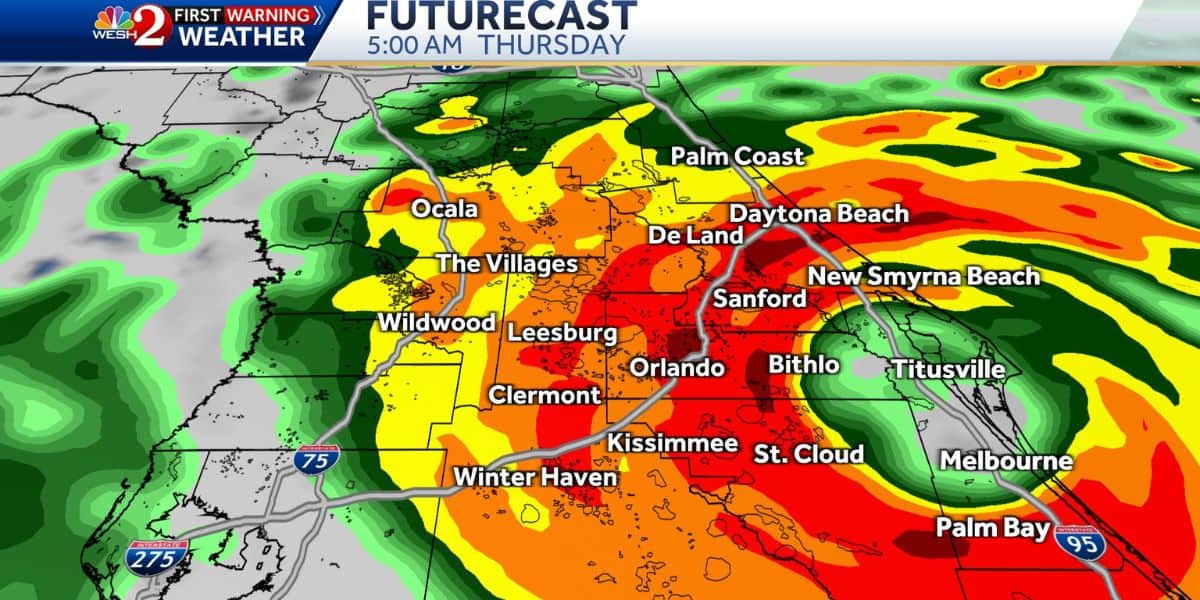 “Nicole’s center is then expected to move across central and northern Florida into southern Georgia Thursday and Thursday night, and into the Carolinas Friday,” the National Hurricane Center said.

Hurricane Nicole is not the first instance of severe weather to hit Florida. Hurricane Ian rained havoc on parts of Florida earlier in the autumn.

We at Disney Fanatic will continue to report on all the latest news to do with Hurricane Nicole as it comes to light.

Hurricane Nicole The Walt Disney World Resort Tropical Storm Nicole 2022-11-09
Priyanka
Previous: “Delusional” Bob Chapek Should Be Fired Per CNBC Analyst
Next: What NOT to Ride at Disney World If You’re Prone to Headaches 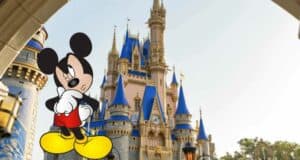