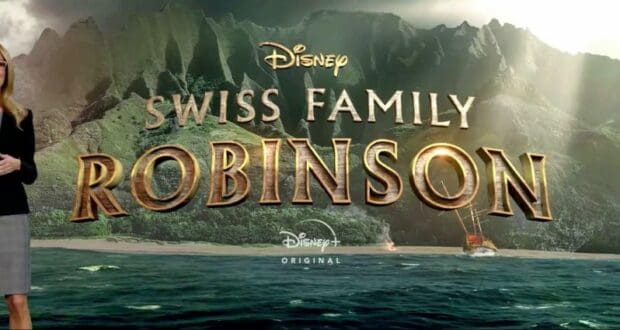 During a recent interview with THR, Ron Moore was asked about the appeal of making the new “Swiss Family Robinson” series for Disney+. He gave more information about this Disney+ series and what we can expect to see moving forward.

During December’s Investor Day event, it was announced that Disney is working on a new modern version of the classic Disney movie “Swiss Family Robinson” about a family shipwrecked on a desert island.

With the Disney+ series being created by Ron Moore (“Outlander”) and Jon Chu (“Crazy Rich Asians”), Swiss Family Robinson is a modern reimagining of the classic Disney film about a family shipwrecked on a desert island.

Moore stated, “It’s a classic movie and one that I enjoyed growing up — and one I’ve shared with my children. It touches us when we watch it. There was an opportunity to go in and do something new with it. Jon M. Chu (Crazy Rich Asians), who is directing, had a concept for how to approach it that I thought was interesting. There is something about that movie that is optimistic and about family and overcoming obstacles and hardships but having fun at the same time.”

No release window for the Disney+ series has yet been revealed, but the original 1940 film and the 1960 version, are both available on Disney+ now to tied you over.

Is this something you will be tuning into?