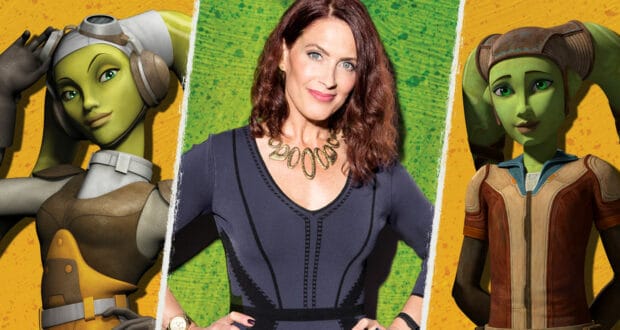 Vanessa Marshall Thrilled To Be Back As Hera in Star Wars: The Bad Batch

Vanessa Marshall was thrilled when she received a call to join Star Wars: The Bad Batch and tell the story behind Hera Syndulla.

“I got an email asking if I would be interested in doing this,” Marshall says, chuckling. “Of course! I was so blown away to get this email and did not expect it at all. I had no idea what it would look like or how they would present it or in the context of what narrative. I had so many questions.”

“I remember getting the script for the first episode the night before recording, and I was completely sobbing. As usual!” she says. “But it was just so moving and I really felt that they captured her innocence at that point, that would blossom into such a brilliant fighter, such a nurturing general, such a strong, iconic female character. But it was great to see her dreams before they came true.”

Hera stole the heart of many in Star Wars Rebels as the ace Twi’lek pilot of the Ghost and the clear leader of her found family. Fans loved and love her. And she was brought to life by Vanessa Marshall, who imbued Hera with a dual sense of warmth and authority that was essential for the character.

Marshall feels passionate about many of the issues that Hera brings to the table:

“There are certain issues that I care very much about in my life, in terms of equality and representation and fighting for those who are marginalized, and speaking up for those who may have no voice. This character seemed to do that,” she says. “There’s also a part of me that loves to bring people together.” In addition, Marshall has spent significant time flying with her father, a recreational pilot — another connection point with Hera. “I love flying with him. So I brought all of these elements together in my heart and my soul to Hera, and it just sort of fit together.”

Were you thrilled to see Hera back?