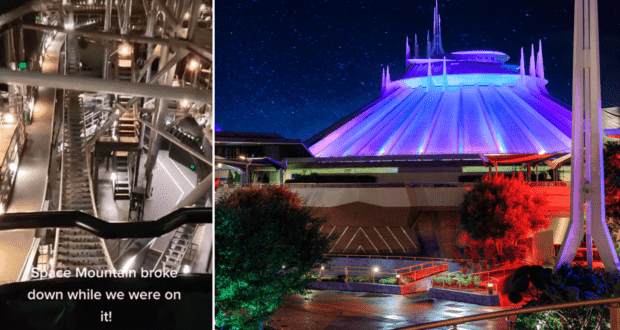 Video: Guests Riding Space Mountain Pushed to the End of the Ride With the Lights On!

Seeing Space Mountain with the lots on is something many Disney Parks fans would love to experience at least once, but riding it with the lights on, too? For some Guests recently visiting Disneyland, they received the ultimate peek backstage when Space Mountain stopped during their ride and they were pushed to the end of the attraction by a Cast Member with the lights on.

Guest Jeff Boman captured the incident on video and shared the experience on his TikTok:

The video shows Boman’s rocket stopping about halfway through the attraction, with the lights on and other rockets around his stopped. A Cast Member then pushes the rocket he was sitting in to get it moving to the end of the ride. While this process may seem strange, and perhaps offputting especially if the thought of riding a roller coaster causes you anxiety in the first place, it is actually a normal procedure to help safely move Guests toward the exit when the ride stops.

Seeing Space Mountain with the lights on is always an interesting experience as when the ride is operating normally Guests really have no concept for how fast the attraction goes (or rather how slow, the dark makes the ride appear to move quicker than it does) or how high up the tallest parts of the ride are. 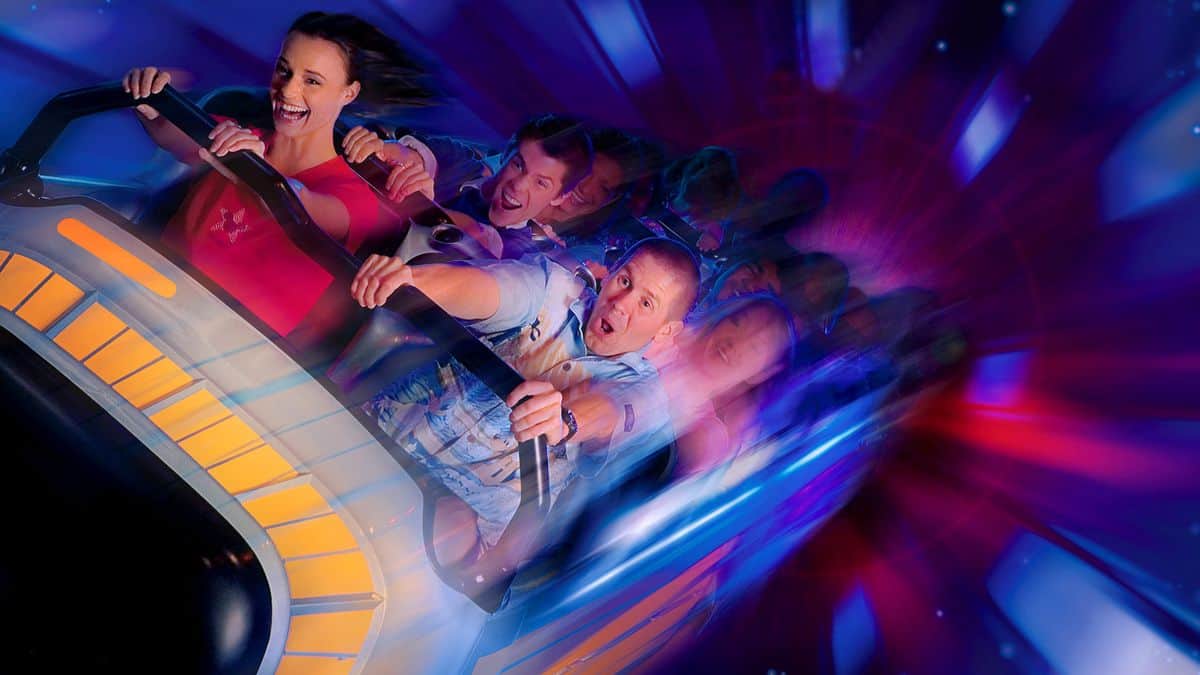 This video showed multiple aspects of Space Mountain lit up, including turns, a couple of small drops, and even the tunnel that is normally lit up where the on-ride photo is taken, so it was certainly interesting to see for those of us who have not ridden it with the lights on ourselves.

Details on why the ride stopped in the first place were not included in the video, but with so many reasons for any theme park attraction to go down during the day we can only assume it was not a serious problem as the ride reopened shortly after. 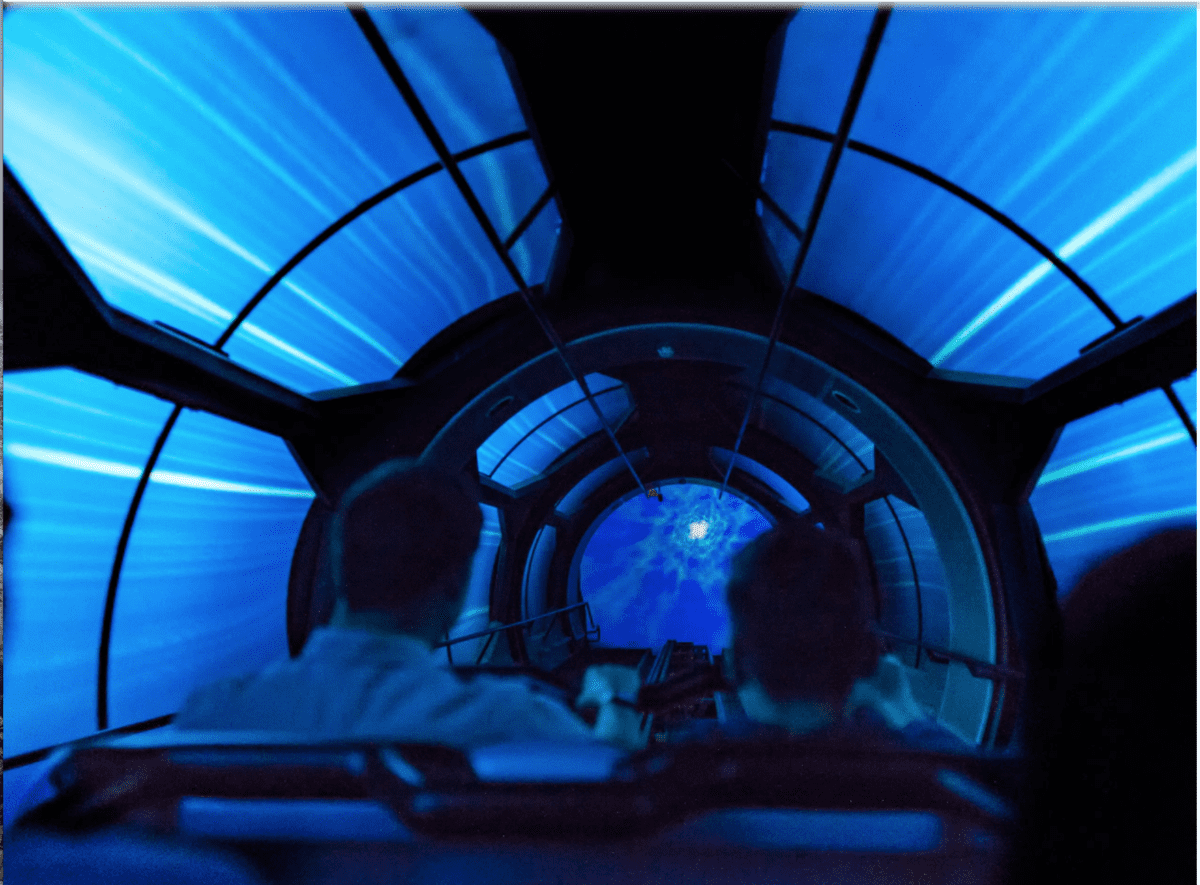 And, while seeing Space Mountain with the lights on is a rare event at Disneyland, you may find your chances of catching it lit up a little more likely at Walt Disney World. Next time you see that the ride is temporarily closed, take a spin on the PeopleMover and you may luck out with a lights-on view of the attraction!