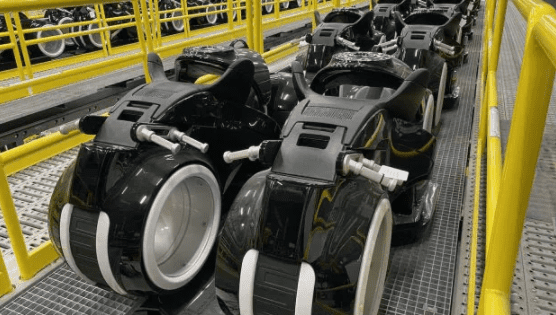 Walt Disney World Guests have been waiting for an update on the new TRON Lightcycle / Run attraction coming to Tomorrowland at Magic Kingdom Park, and we finally have one! The Disney Parks Blog just shared a look at Imagineers preparing the ride vehicles for testing. Watch the video below:

Testing the ride vehicles for a new attraction is a significant milestone for everyone working in Walt Disney Imagineering, and for Guests who will soon see the ride vehicles running along the track while walking through Tomorrowland.

The upcoming phase of testing that Imagineers hope to enter soon begins with a process known as “push/pull.” During this phase of ride testing, sections of the trains will be carefully moved onto and through the entire track. While this is happening, Guests visiting the park may be able to catch an exciting peek at one of the seven-vehicle trains moving along the track for the very first time.

Multiple tests need to be conducted before the process moves onto the next phase, so the trains will start launch tests at slow speeds and work up to full-speed launches when the Imagineering deem confirms it is safe to do so. (So if you happen to catch the ride vehicles moving, do not be alarmed if they seem to be moving along a little slow for a roller coaster attraction!)

The entire process once vehicles begin to move along the track will be visible to Guests nearby the attraction’s canopy in this section of the Magic Kingdom, you will likely see the bulk of the testing as you make your way to nearby attractions like Space Mountain. 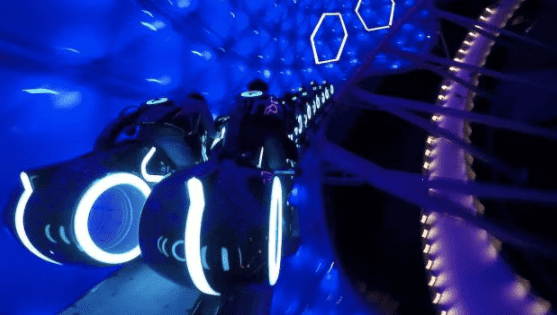 TRON Lightcycle / Run originally opened with the rest of Shanghai Disney Resort on opening day, June 16, 2016. Following massive success and popularity by Guests visiting Shanghai Disneyland, the concept was set to be duplicated for Tomorrowland in the Magic Kingdom.

So far, no opening date for the attraction has been confirmed, but we will keep you updated here on Disney Fanatic as we learn more about the Magic Kingdom’s newest attraction.