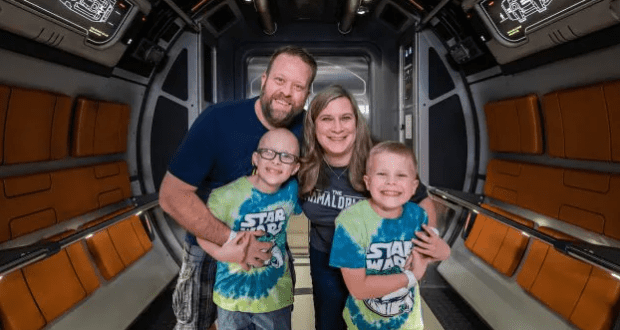 The Star Wars: Galactic Starcruiser launched earlier this week at the Walt Disney World Resort, and Make-A-Wish families were welcomed aboard as some of the first Guests to experience some of the first voyages aboard the Halcyon.

Through Walt Disney World’s partnership with Make-A-Wish, a number of Wish families were among the first to take a voyage on the latest immersive experience from Walt Disney Imagineering. General Manager of the Halcyon Starcruiser Jerome Smith took to the Disney Parks Blog to share not only his recent experience welcoming Wish families aboard the starcruiser, but also to detail his personal connections to Make-A-Wish and what providing this kind of magic for Wish families means to him:

You see, I’m no stranger to the power of a wish. In fact, I have a very special place in my heart for wish families, as my little cousin Cory was the recipient of a Make-A-Wish trip to Walt Disney World Resort more than 20 years ago. Cory was diagnosed with Wilms’ tumor in 1993, and this trip provided a special time for his family to gather together outside of hospital rooms and make lasting memories. 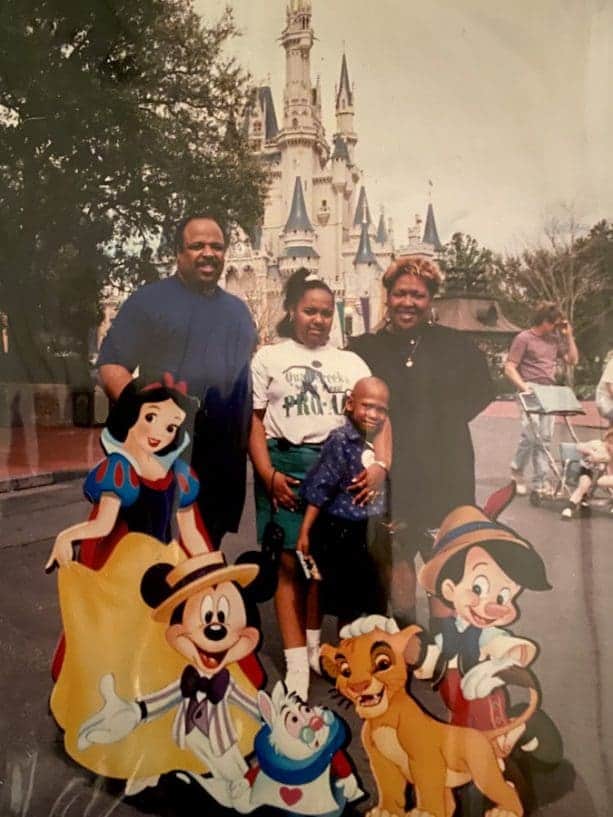 While on the Star Wars: Galactic Starcruiser, Smith and his crew were thrilled to see the energy of these special Guests as they were excited to embark on their own stories while onboard. Make-A-Wish families all assumed their own roles in the Star Wars story, either helping the Resistance members on board the Halcyon or working to support the First Order.

Make-A-Wish America president and CEO Richard K. Davis shared his insight on this memorable experience with the Disney Parks Blog, “Oftentimes, wishes play a key role in helping children build the physical and emotional strength needed to fight – and even overcome – a critical illness, and I have loved hearing from our wish families and chapters across the country as they share their Star Wars stories with us.” 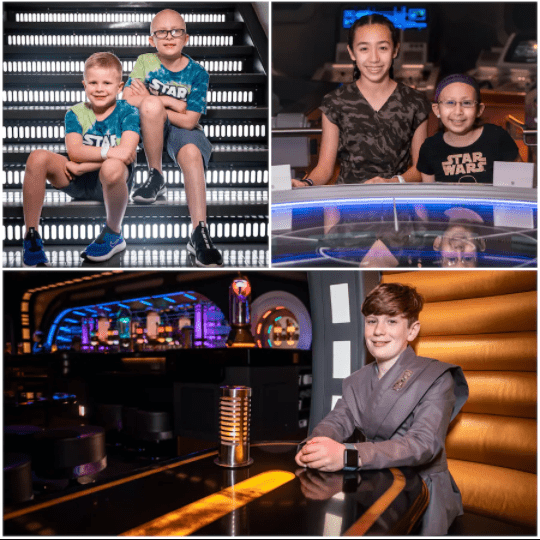 The Walt Disney Company has a long history of helping to make Wishes a reality with Make-A-Wish organizations around the country. The Disney and Make-A-Wish partnership has been in place for more than 40 years, with about 145,000 wishes being granted through the work of the two organizations.

Guests visiting Walt Disney World with Make-A-Wish often leave a lasting impact on Cast Members, Smith and his crew on the Star Wars: Galactic Starcruiser included, as it is truly an honor to have a part in making these kinds of magical memories for families in need of some extra magic.

“We have a saying here on the ship, ‘together as one,'” said Smith, “And we stand together as one with all wish kids and their families.”