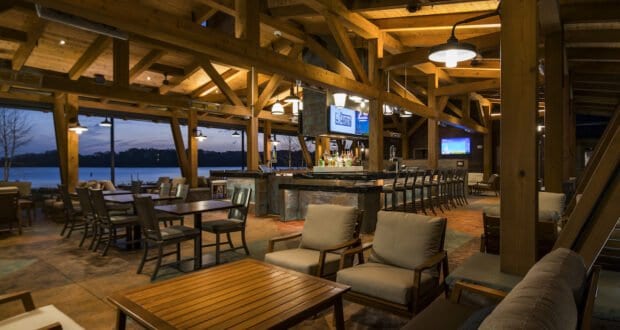 Fox35Orlando reported on January 4, 2022, “Social media was abuzz on Tuesday night about reports of the Magic Kingdom going dark. People were tweeting and posting on Facebook and Instagram about a power outage that reportedly shut down the monorail, ferryboats, and some Magic Kingdom Resort hotels near the Seven Seas Lagoon.”

There is however video and photo of the power outage hitting social media from one Disney Resort Hotel – Disney’s Wilderness Lodge. @DoleWhip71 took to Twitter on January 4, just after 6 pm to share a brief video taken of Geyser Point Bar & Grill at Disney’s Wilderness Lodge Resort noting, “Contemporary, fort, poly, gf, and wilderness lodge have lost power according to CMs. Emergency lights are on at WL.” Check out the video in the tweet below:

Further comment from @DoleWhip71 says, “Transportation has been told to not take Guests to resorts per a captain of boat.” Another tweet from @dizhiz65 shows a picture of Disney’s Wilderness Lodge Resort with the note, “Power outage at Disney…”

RELATED: Fire Engines Respond To An Emergency In The Magic Kingdom By Cinderella Castle

According to reports, the power went out around 6:00 pm on January 4 and was restored before 10:00 pm. There has been no update from Disney yet as to why the power outage took place.

2022-01-05
Jamie Sylvester
Previous: Enter the Year of Wishes Sweepstakes to Win a Disney Cruise Line Vacation Aboard the Disney Wish
Next: The ‘Encanto’ Song “We Don’t Talk About Bruno” Tops Billboard and Spotify Charts