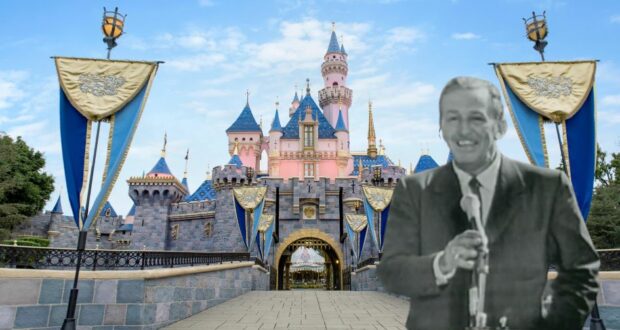 Why Was Walt’s Speech Cut from Disneyland’s Anniversary Celebration?

The beautiful Disneyland Resort celebrated its 67th Anniversary on July 17, 2022. Disneyland celebrated the occasion but oddly left off Walt’s opening day speech… and fans aren’t happy about it.

@Disney took to social media on Sunday, July 17 to post, “The years may pass, but the magic is timeless! Happy anniversary to @Disneyland, which opened on this date in 1955.”

The excitement of Disneyland’s birthday anniversary was apparent as the Disney Park offered a special five-minute celebration including music, characters, and dancing for the occasion, as shown in the video below:

But it didn’t take long for Disney fans to notice what was missing… Walt Disney’s speech. As tweeted by @disneyglimpses, “Seriously though, why was Walt Disney’s speech omitted from Disneyland’s birthday celebration yesterday? For the first time in decades.”

But why did Disney cut out Walt’s speech when it is something that has been included in the anniversary celebrations for so many years?

Even though Disney has remained quiet on the omission, fans have shared their personal opinions, such as the tweet below stating, “Because it mentions both history and facts, two things that are taboo to the woke agenda.”

Another comment notes, “First I’m hearing about this. Pretty sad. That’s the thing with th the new woke/politically correct culture – no matter how woke or pc someone is, it’s never enough, and it creates a slippery slope that corporation’s are going to end up losing themselves to.”

One fan commented “erasing Walt” as the reason for the speech omission:

In defense of Disney’s decision, one comment notes, “I mean, they do reference Walt giving the speech before singing Happy Birthday. Seems like they just didn’t want to belabor the point.”

One fan points out that Disneyland Cast Members took time from an official Disneyland Instagram account to highlight Walt’s speech:

While Disney fans are freely sharing their opinions on social media, the real reason why Walt Disney’s opening day speech was omitted from the 67th Disneyland Anniversary is still unknown.