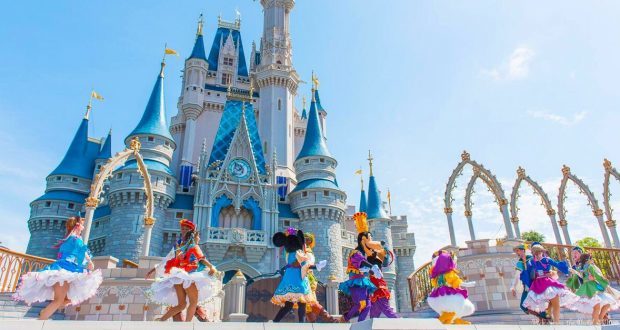 Walt Disney World To Bring Back Thousands of Cast Members, But NOT Disney College Program or EPCOT’s International Cast

Eric Clinton, President of Local 362 which is the union of attractions, custodial and vacation planning Cast Members at Walt Disney World, shared on social media several new details on what Cast Members can expect in the coming weeks. Disney will bring back thousands of furloughed Cast Members, but will hold off on the College Program and EPCOT’s International Cast. Plus, Clinton shares some news on Spaceship Earth!

Eric reported Disney will deploy several Cast Members across Walt Disney World to fill in the many positions, including those that were once held by the Disney College Program participants and EPCOT’s International Cast around the World Showcase.

According to the union, Disney’s full-time and part-time attraction and custodial Cast Members will be receiving a call back this month. Water Parks have no immediate reopening plans, so it is likely these Cast Members will be moved to other jobs within Walt Disney World to help out with the shortages. While Clinton shared he does not know which attractions will be open, he used Beauty and the Beast – Live on Stage as an example of the type of attractions that might not be allowed to open in a post-coronavirus world.

Clinton shares about 8,000 Cast Members from his local could potentially go back to work. Disney Vacation Club Resorts and Disney’s Fort Wilderness Resort & Campground is reopening June 22. We reported earlier today news of a list of resort restaurants calling back their Cast Members.

Walt Disney World’s phased reopening begins July 11 for Magic Kingdom and Animal Kingdom and July 15 for EPCOT and Hollywood Studios. With all the health and safety procedures, you can image the amount of extra Cast Members Disney will need for social distancing, temperature checks, keeping the attractions clean, and more.

Clinton also shares that the International Cast Members around EPCOT’s World Showcase will be replaced by regular Cast Members. More news on EPCOT, Clinton said, “Employees will also need to staff Spaceship Earth, the ride inside Epcot’s iconic globe, since the ride’s rehabilitation is postponed indefinitely and will remain open.”

Clinton praised Disney for its regular talks with the union as both sides deal with unprecedented times and stricter rules.