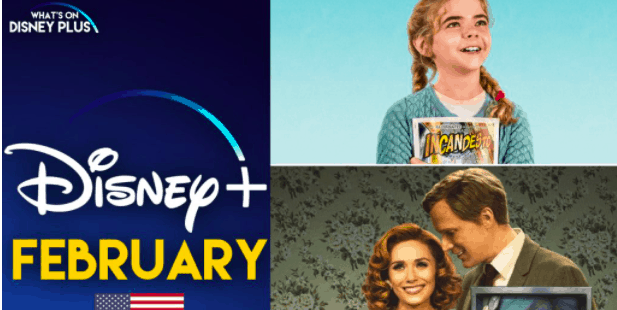 What to Watch on Disney+ in February

February will bring us a lot of new originals such as new episodes of WandaVision and a brand new movie “Flora & Ulysses”. Take a look at some of the highlights and get your Disney+ fired up and ready to go.

Marni, a successful woman, is shocked to learn that her brother is marrying the school bully from her past. When she tries to expose her, things do not go as planned.

Kermit the Frog and his fellow Muppets put on a vaudeville show at their theatre, bringing in a famous celebrity to help out for each episode. … Working against him are “Statler” and “Waldorf”, the two hecklers who always were in the same balcony and Scooter’s uncle who owned the theater.

The new short, directed by Jeff Gipson (Director of Disney Animation’s “Cycles”), takes the form of a bedtime fairytale that completely immerses audiences in the sights and sounds of Frozen 2. What starts as an ordinary evening inside an Arendellian home transforms into an adventure, where elemental spirits of Air, Fire, Water, and Earth reveal themselves through a whirlwind of 2D hand drawn effects, 3D animation, and original music.

These aren’t all the shows coming, but it is a good starting point for the month. What will you be watching in February on Disney+?