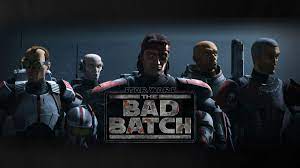 What We Know About Star Wars: The Bad Batch

First seen in The Clone Wars, this show follows the elite and experimental clones of The Bad Batch as they find their way in a changing galaxy around them. This batch is a squad of clones who vary genetically from the Clone Army. In the post-Clone War era, they will take on daring mercenary missions as they struggle to stay afloat and find new purpose.

Currently we don’t know how many episodes there will be, but we know we hope lots.

When will it be released?

The first episode of “Star Wars: The Bad Batch” will arrive on Disney+ on May 4th, with a 70 minute special and new episodes will be released weekly from Friday 7th May.

Who Is Behind the Show’s Creation?

Are you excited for this series as we are?