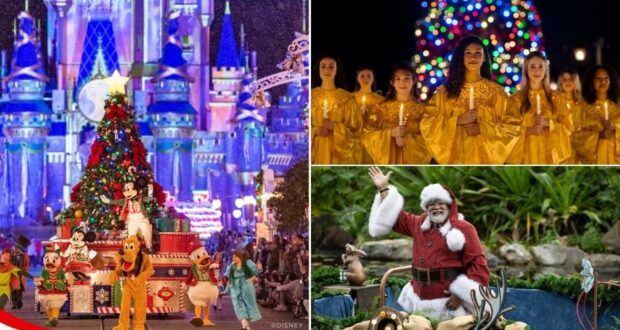 What You Need to Know: Disney World Christmastime 2022 Festivities!

On Thursday, June 23, Disney Parks announced its plans for the 2022 Holiday Season, and it looks to be as magical as it was before the Pandemic! Festivities include the return of Mickey’s Very Merry Christmas Party and several other offerings across the Theme Parks!

Here’s what you need to know: 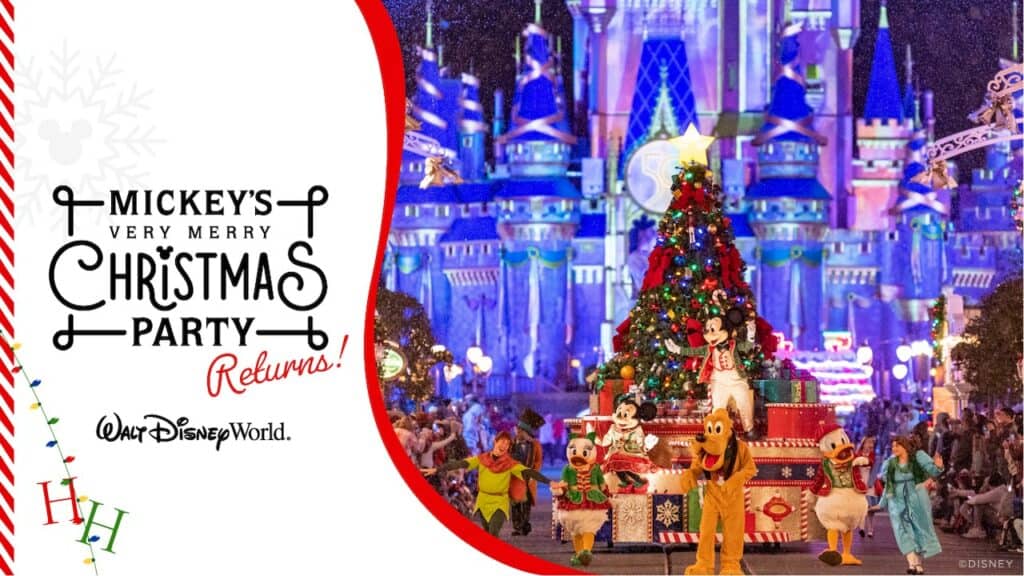 After a multi-year hiatus, Mickey’s Very Merry Christmas Party will return in full force at the Magic Kingdom Park on select nights in November and December. The extra-ticketed after-hours event will feature old favorites like “Mickey’s Once Upon a Christmastime Parade,” “Mickey’s Most Merriest Celebration,” and Jingle Cruise, as well as some new special holiday overlays for Space Mountain, Tomorrowland Speedway, Monsters Inc. Laugh Floor and Mad Tea Party. 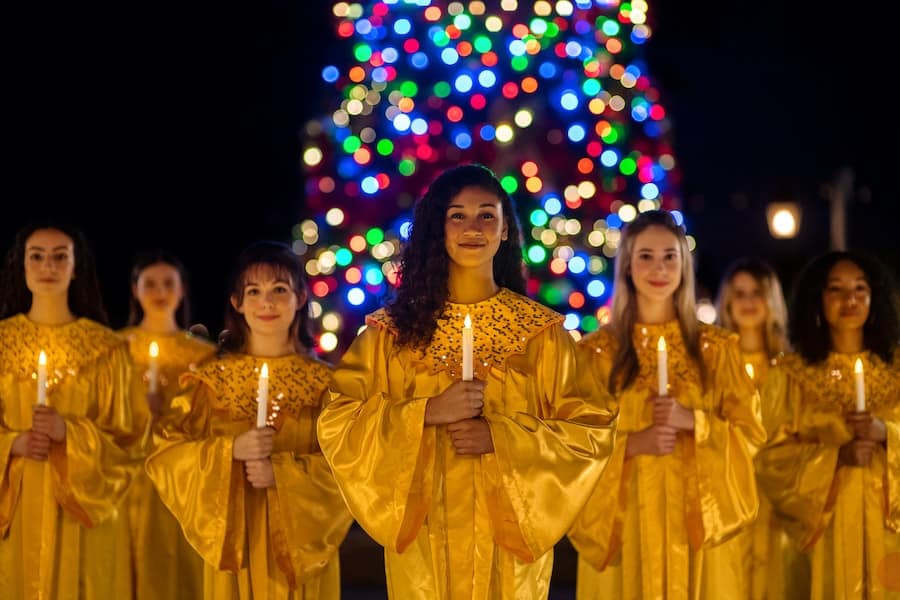 Over at EPCOT, Disney confirms that the Candlelight Processional will return along with the rest of the International Festival of the Arts.

According to the announcement:

EPCOT will celebrate the return of “Candlelight Processional” during EPCOT International Festival of the Holidays beginning Nov. 25, a beloved long-standing tradition of heartwarming holiday performances at America Gardens Theatre.

The Holiday Cookie stroll is confirmed to return to World Showcase, as well as an array of traditional “real food” holiday meals from around the world prepared in special holiday kitchens.

But there will be something NEW this year thanks to EPCOT’s brand new ride! The indoor roller coaster Guardians of the Galaxy: Cosmic Rewind will get a hint of the holidays as well!

This season, the Guardians will trade in their classic hits playlist for a mash-up of seasonal jams at Guardians of the Galaxy: Cosmic Rewind at EPCOT. Guests will blast off to the tune of an awesome holiday single, bringing joy to Xandar and Terra, too.

Elsewhere: A Merry Menagerie, A Snowman, A Christmastown

It appears that the holiday cheer will be spread to all corners of Disney World Property:

Park icons will also be transformed at night thanks to some extra special EARidescent projections. It would not be a Christmastime celebration without Santa Claus, right? Well, the Disney Parks powers that be are making sure Guests get plenty of opportunities to put in a word and take a picture with Jolly Old St. Nick!

Catch him cruising down Hollywood Boulevard in his candy-apple red convertible at Disney’s Hollywood Studios during the Santa Claus Merry Motorcade and voyaging across the Discovery River as part of a festive flotilla at Disney’s Animal Kingdom Theme Park. Santa Claus will continue to spread the joyous spirit of the season during visits to Magic Kingdom Park and Disney Springs, where guests may have individual time to take photos and share their Christmas wishes. Finally, at EPCOT, Santa Claus will join storytellers from around the world as a part of the EPCOT International Festival of the Holidays presented by AdventHealth beginning Nov. 25

We are still six months away from Christmas, and there is little doubt that more and more details of the celebrations, such as the narrators for the Candlelight Processional, will come to light as the days go by. In the meantime, we at Disney Fanatic will continue to monitor this, and other Disney Parks news and stories, updating our readers as those new developments come to light.