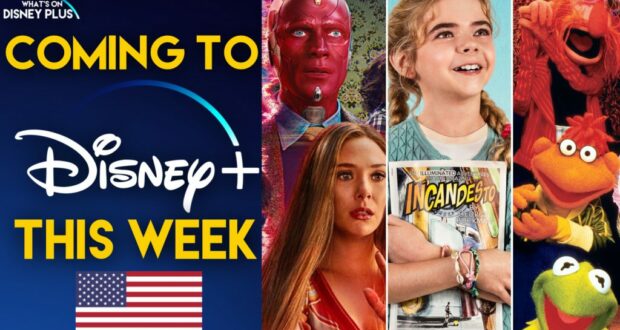 What’s Coming This Week to Disney+

Cold temperatures continue throughout the US and Disney+ has just what you need to stay nice and cozy inside. Check out what is coming this week to Disney+.

Kermit the Frog and his fellow Muppets put on a vaudeville show at their theatre, bringing in a famous celebrity to help out for each episode. … Working against him are “Statler” and “Waldorf”, the two hecklers who always were in the same balcony and Scooter’s uncle who owned the theater.

The Book of Life

In a bid to save the love of his life, Manolo sacrifices himself and is transported to the Land of the Remembered, where he reunites with his dead ancestors and strives to get his life back.

Cheaper by the Dozen

Tom finds his life turned upside down when he agrees to tend to his twelve children while his wife is away and simultaneously also coaches his football team.

Cheaper by the Dozen 2

Tom Baker, a retired coach, takes his family on a vacation to relax and spend time with his children, who are all growing up. However, they are soon drawn into a battle against his old rival.

What are you going to watch this week on Disney+?