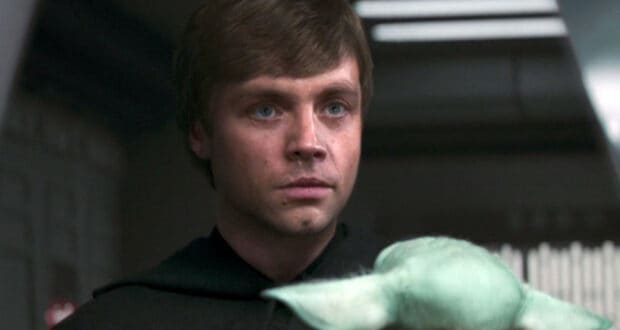 We would love for Disney and Lucasfilm to dive into Luke Skywalker’s story and fill in the gaps between Return of the Jedi and The Force Awakens, but we aren’t sure they are on board with the idea.

We were given a small look in The Mandalorian obviously roped in a de-aged Mark Hamill for a cameo in the season 2 finale, but that’s just the tip of the Skywalker-centric iceberg.

With The Book of Boba Fett and Obi Wan Kenobi coming in the future, we are wondering how much more of Luke Skywalker’s story we will learn.

There’s admittedly potential in seeing what happened to the all-powerful Jedi before he became a disillusioned old hermit that turned his back on the Force, and the Disney Plus roster is certainly looking to the expanded universe for inspiration.

We even have some speculation that continually link Sebastian Stan with playing a younger version of the pop culture icon.

Would you like to see more of Luke’s story?