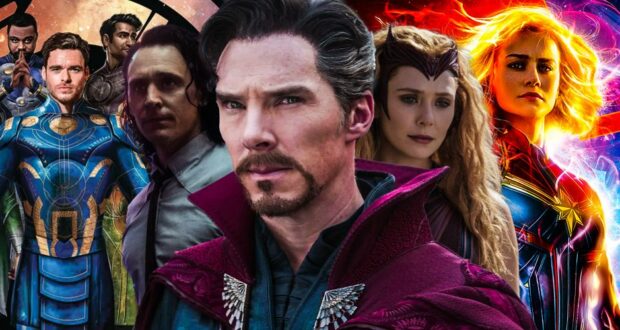 Will These Three MCU Teams Be More Powerful Than The Avengers?

Marvel Studios is ready to introduce three new teams that will be more powerful than the Avengers. This is all part of their Phase 4 plans.

As Phase 4 started, the status of the Avengers as a team remained unclear. Projects such as WandaVision and The Falcon and the Winter Soldier, seem to be moving the focus to more individuals or team-ups between individuals.

MCU isn’t holding back on superhero squads in Phase 4 as we are going to see three groups that could be even more powerful than the Avengers.

First up is The Eternals. Eternals are powerful beings who are essentially immortals. They have been in existence for thousands of years, quietly living among human beings who are mostly unaware of their powers.

The next group of superheroes is The Marvels. Here we see Captain Marvel joined by two other super-powered beings in Monica Rambeau and Kamala Khan. Not much is known about the extent of the pair’s powers thus far, but in the comics, both have all the prototypical superhero capabilities.

Last up is the tri of Loki, Scarlet Witch and Dr. Strange. Each of these heroes have various forms of sorcery, but each use it differently. Together, they make up a strong team.

We have always known Avengers as the super force of MCU, but there might be some new groups coming.