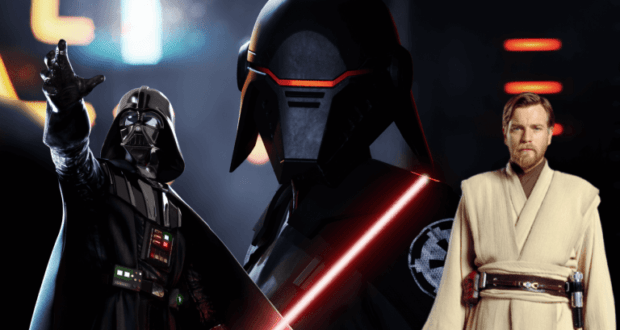 With Inquisitors Be Seen in Disney+ Series ‘Obi-Wan Kenobi’

We were given some more information in previous weeks regarding the casting for the upcoming Disney+ Obi-Wan Kenobi series, but now insiders are trying to figure more out about the plot. The newest rumor revolves around Inquisitors.

For many that might not know, Inquisitors are/were former Jedi who surrendered to the Empire during The Great Purge, and even helped to complete Order 66. If The Great Purge sounds familiar, it’s event that nearly caused the extinction of The Mandalorians. Those who survived, such as Din Djarin, were displaced.

TheDisInsider reports that reason why the addition of Inquisitors would make so much sense in this particular series is because they were a literal bad batch led by Darth Vader, and we already know he’s going to be a major part of this series.

Not only does it seem to fit into the storyline, there are also rumors that actress Moses Ingram, from The Queen’s Gambit, will be possibly playing a Inquisitor. This hasn’t be confirmed by Lucasfilm, but it seems possible.

Many believe that this would be a good fit and interesting to bring into the story.

What are your thoughts?