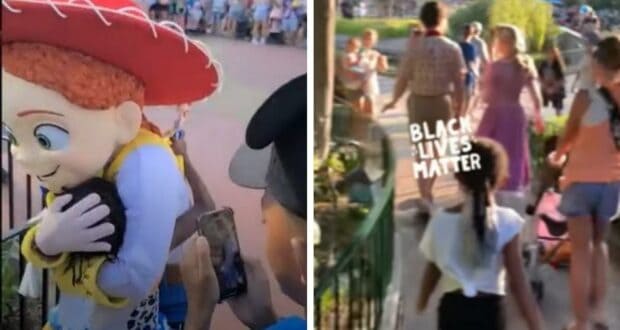 Compensating for Rapunzel? Woody, Jessie Supposedly Make Up for ‘Racist’ Meet and Greet

A video has gone viral showing Toy Story characters Woody and Jessie giving two lucky little Guests some extra attention as they walked around the Park. Any other day, this video would have just been left in the digital pile of every other video of parents watching their kids have an extra magical interaction with their favorite character. But today is different.

Just a few days ago, a video went viral showing little black girls running up to Princess Rapunzel, who was already in the middle of talking to a family. The video shows the Princess keeping her attention on said family and posing for pictures–intent on courteously finishing a proper character meet. Rapunzel then proceeds to walk away with a character attendant, and the mother and many viewers online were quick to accuse this Rapunzel of being racist and ignoring the kids because of their race. Click the link below to read out previous coverage and watch the video to decide for yourself. 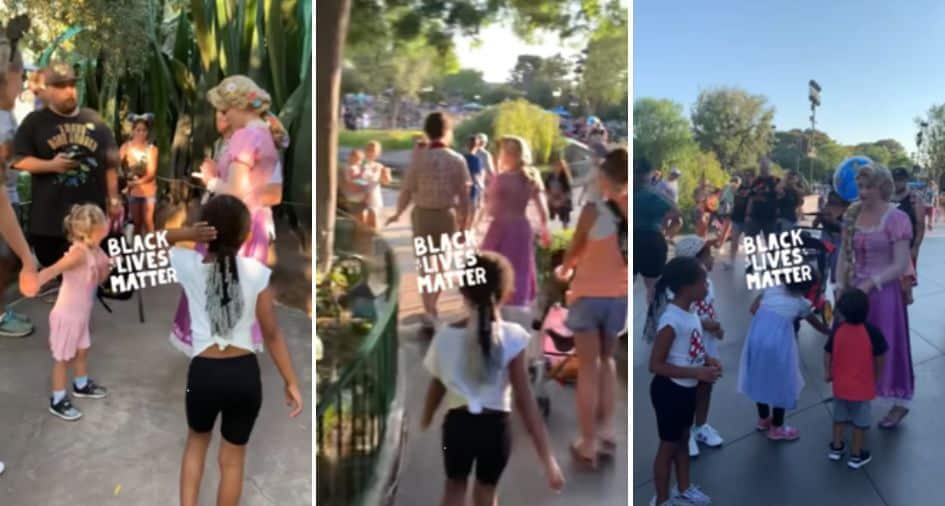 Now, a new video has emerged of another character interaction that could be taken as Disney’s attempt to amend the previous situation. Toy Story characters Woody and Jessie find two black kids dressed head to toe in Toy Story gear while walking down a parade route, and they two go out of their way to give their fans a special hug.

The video was shared by TMZ, who connected this incident to the Rapunzel incident, saying, in part:

“Jessie was on the other side of the street and appeared preoccupied entertaining that part of the crowd, but her pal Woody notices some Black kids and actually responds to them…Not to turn this into a negative story — because it’s obviously very sweet — but one can’t ignore this happened in the midst of what’s become a disturbing trend lately … namely, mascots/costumed characters at theme parks and such snubbing Black children, allegedly intentionally…It’s hard to say for sure whether Woody here had any of that on his mind when he did what he did … but it’s certainly possible.” 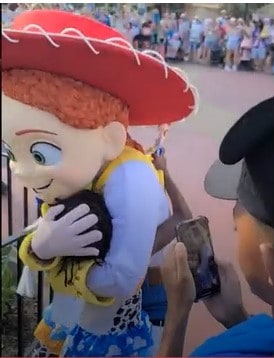 It should be mentioned that while characters are able to roam freely around Disneyland Park and have impromptu interactions with Guests, Disney World character interactions are much more restricted, with set meeting places being the norm.