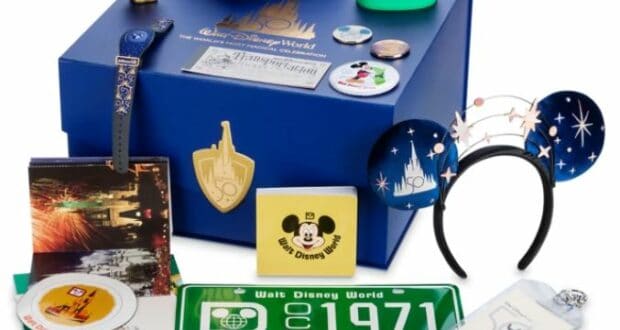 Would You Purchase a Walt Disney World 50th Anniversary Box for $500?!

Some of the biggest news to come out of the 50th anniversary of the Walt Disney World Resort so far is the event-specific merchandise we’re seeing! Disney Guests are loving the Vault Collection merchandise, which is now available in the Magic Kingdom at the Main Street Cinema and at the Marketplace Co-op in Disney Springs (plus in a limited selection on shopDisney). Today we’ve also seen a new line of 50th anniversary merchandise drop in both the park and on shopDisney, and online only we noticed a very interesting item now available for preorder… 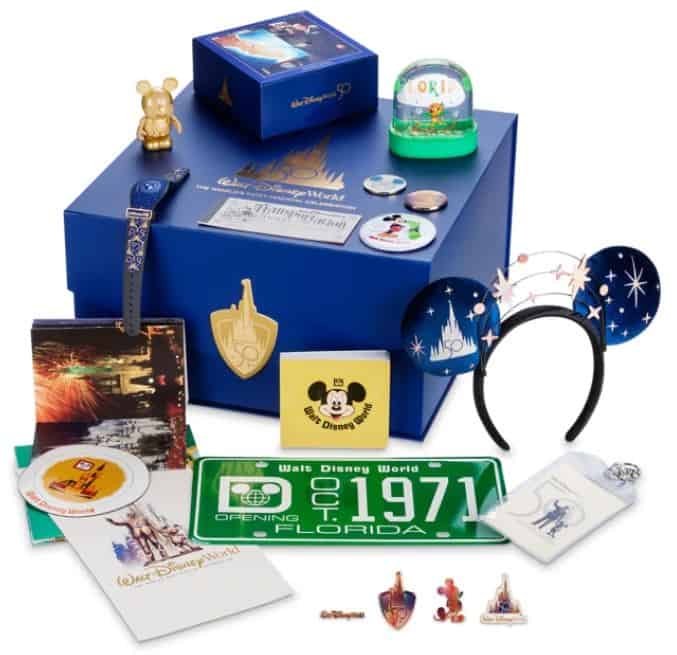 The Walt Disney World 50th Anniversary Box is a limited edition collector’s set that is quite impressive, with a number of unique items made just for “The Most Magical Celebration on Earth,” that are only available here and not sold individually. Even the setup of the box is full of small details and lots of Disney magic with an MP4 video screen and pop-up Cinderella Castle on first level featuring MP4 playback up to 45-60 minutes, all fully charged to last six months, and it comes with a usb cable for charging. 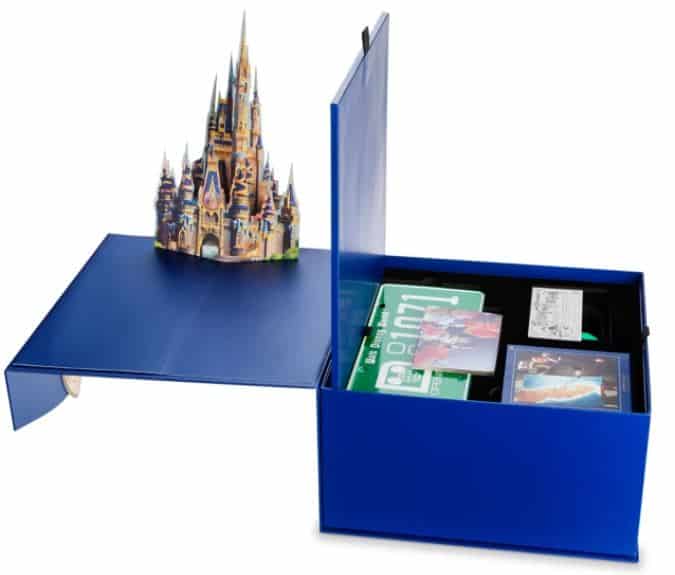 For $500, this preorder includes the keepsake box filled with the long list of items below: 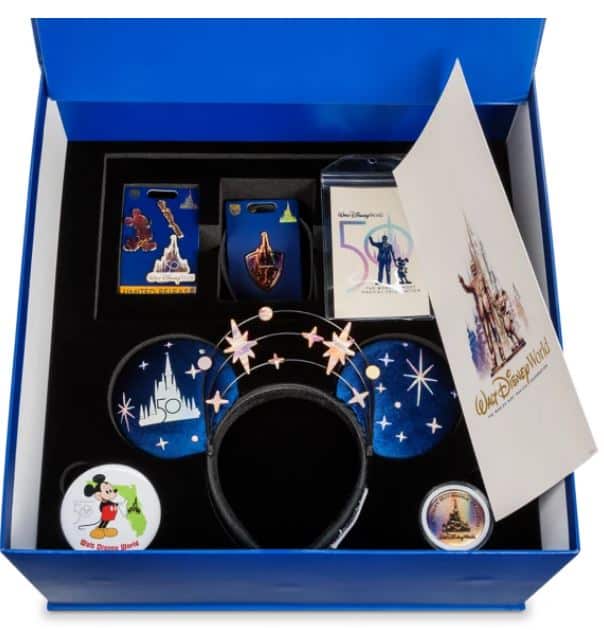 In some fairness to the price, this box is jam packed with lots of never-before or rarely seen merchandise, many of which are recreations of pieces no longer for sale anywhere at Walt Disney World, so if you were to buy all of the pieces separately you would probably spend more than the $500 (the MagicBands alone retail at $60, never mind all of the artwork, pins, journals, etc…)

The Walt Disney World 50th Anniversary Box is a 2,000-piece limited edition item with a purchase limit of two per customer. It is not eligible for returns or exchanges and is available on shopDisney while supplies last.

Still, $500 is a pretty penny for some theme park merchandise…Will you be ordering one?