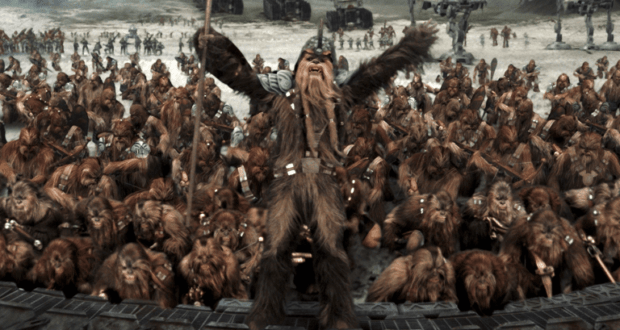 Yes Please! Season 3 of “The Mandalorian” Rumored to Include Wookies

If you are a fan of the beloved Wookies, than the newest rumor around season 3 of The Mandalorian is for you!

In the Star Wars focused site The Bespin Bulletin, it was revealed that the third season of The Mandalorian could finally see the debut of Wookies or at least a Wookie. The site states that multiple sources close to production have produced proof that a Wookie would be appearing… but specifics haven’t been revealed yet.

Even though this could be true, be warned the it is just a rumor and don’t get too excited until there is definitive proof. Until then, we can only think about what this could mean. Will is be Chewbacca in a cameo, or a brand new character that will travel along side Mando on his next adventure? Either way we will have to wait and see.