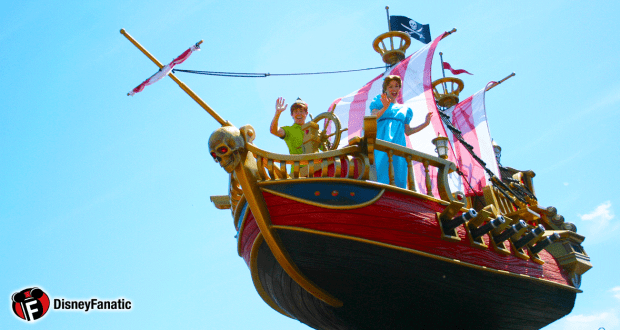 It’s hard to narrow down a list of great character names from all the Disney movies over the years, but we’ve singled out a few of our favorites. Some are evil, some good some are not even main characters – but all are worth mentioning and embody the creative magic that Disney weaves into each of its’ character. Enjoy!

Such a magical sounding name isn’t it but a little odd in a quirky sort of way. This little lady is a staple in all of Disney-lore and has become so popular in recent years that an entire set of movies have spring up in her pixie-dust wake. I do believe in faries!

Just the sound of his name freaked me out when I was a kid. I think we’re all afraid of having a limb severed… especially if it’s bitten off by a crocodile!

They had me at McQuack. But mix in a “Launchpad” and this character is an instant legend.

This sleeping beauties’ name conjures up a stunningly beautiful woman whose lips could shame the red, red rose. Named for the light of dawn, Aurora is truly one of the most magestic sounding names amongst the Disney Princesses.

First and last names collide in an inexplicable combination for a social worker in “Lilo & Stitch”. The guy looks like a WWF wrestler hence the “Cobra” but Disney adds a little bit of the warm fuzzie’s and tops his name off with “Bubbles” – Hilarious!

Great alliteration! If you were looking to capture a care free, live-in-the-moment, hater-of-adulthood name, then, no better name than Peter Pan could have been dreamed up. I think the way Brits say the name so crisply in the movie makes this name all the more special.

Remember the beloved, Shakespeare-quoting porcupine from Toy Story? Maybe it’s the descriptive nature of the name or the alliteration, but no matter the reason, this name is just doggone fun to say! Kids can come up with the sweetest, most imaginative names for their playthings. Recently my daughter got a fish and named him Mr. Sprinkles because of her fondness for colored sprinkles on everything from ice cream to doughnuts. So Adorable!

This name provokes sympathy from all those who have seen the movie, but conversely the adult Bambi was a character of stature and strength. This icon of Disney’s early movies deserved a spot in this list.

I remember having a vinyl record, if you don’t know what that is… google it, with this story on it. Just hearing the bear’s name was enough to make me laugh. It literally rolls off the tongue.

Always said with great flourish by it’s owner, Johnny Depp made us love the not-so-bad-guy in our favorite swashbuckling Disney adventure!

What are some of your favorite Disney character names and why? Share your ideas. We’d love to hear from you!