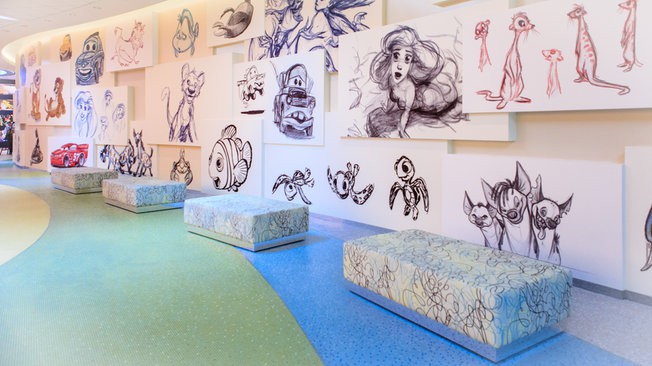 As you enter Animation Hall, the resort’s main building, you’ll be surrounded by several pencil sketch drawings along the walls and even displayed from a huge chandelier. These illustrations span early-on concept illustrations from the four films featured in the hotel’s theme to more distinct and finalized depictions. Most visitors like to stop and stare in awe at the overall evolution in character development along the way to a film’s final animation decisions. From drastic changes to subtle ones, it’s a real treat to see such exclusive behind-the-scenes concepts on display. The arrangement is done so that as you walk the halls, you go from the earliest sketches to the finals, eventually changing from black and white illustrations to color.