10 Things You're Going To Love About Disney's Riviera Resort 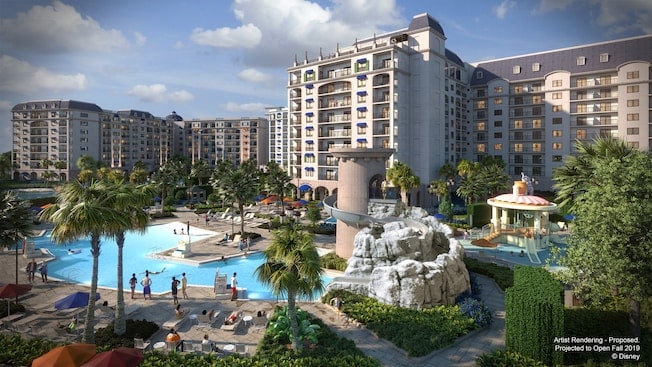 The number of accommodations that make up the family of Walt Disney World Resorts is constantly expanding. Two such upcoming hotels soon to be added to the mix include the recently announced all-immersiveStar Wars-themed resort and the highly anticipated Riviera Resort. The latter is already nearing completion and shaping up nicely, much to the delight of eager vacationers already seeking out an opportunity to stay here. From the thematic European elements to the tentatively revealed attributes the resort is to be known for, there are already seemingly innumerable reasons why we love Disney’s Riviera Resort. Here’s a list of 10 such reasons for why you will love it too.

If you’re a classic Disney buff, who loves learning about the history behind the mouse and the man behind the mouse alike, then you’ll no doubt foster a sentimental appreciation for Disney’s new Riviera Resort in more ways than one. As many fans already know, Walt Disney loved to travel the world. And this new resort directly draws its inspiration from those same travels that Walt and his family took throughout Europe, particularly along the Mediterranean coast in what’s considered the Riviera regions from Italy to France. So in a way, staying at Disney’s Riviera Resort is akin to traveling the world with Walt, with the same nostalgic influences and creative foreign frameworks he incorporated into some of his most enchanting fairytale stories.

What Walt Disney loved most about his European travels was the inspirational art and architecture he encountered along the way, which as mentioned previously, fostered countless creative ideas for some of Disney’s greatest classic films. So whether you come here seeking European culture and theme or a hotel stay practically weaved from fairytale influences, Disney’s Riviera Resort is a mutually appealing option for all vacationers to delight in. And in getting back to the charm and overall splendor of the European Riviera theme and décor you will find radiating here, guests will enjoy such architectural marvels as grand archways, terraces, porticos, and refined landscaping among many other credentials, as well as European cuisine (which we will get into more detail with later). From the moment you pull up to the resort you will be greeted by swaying palm trees lining the street, keeping with the marvels of the Mediterranean-inspired setting. And all throughout the resort and guest rooms you will find distinguished one-of-a-kind artwork featuring beloved Disney classic characters and other inspiring original pieces, all of which draw on the influences from the Riviera.

Disney’s Riviera Resort will be located within the Epcot Resort Area—an appropriate location considering Epcot’s ties to culture and its wondrous World Showcase Pavilion. But being an Epcot Area Resort also means that it is in close proximity to nearby Hollywood Studios. In fact, the resort is really situated between both parks. What’s more, it will be one of the properties featured along the new Disney Skyliner Gondola route. The new Skyliner Gondola system, which is slated to be up and operating by fall 2019, is designed to connect both Epcot and Disney’s Hollywood Studios to four surrounding area hotel locations—Disney’s Art of Animation Resort, Disney’s Pop Century Resort, Disney’s Caribbean Beach Resort, and Disney’s Riviera Resort, of course. Of all the properties on the line, Disney’s Riviera is the first new resort property to be featured in this innovative operating system.